Two fabulous runs in two days! It’s not often that happens (well, certainly not to me.) Thanks to some holiday time away from my desk on Friday I managed a chilly, but dry and sunny, run from Bearsden, out to Balmore, up over the hills beyond and back to Milngavie via the infamous (in running circles) bumps. The bumps comprise five steep but mini hillocks that lead you back into the Glasgow suburb of Milngavie. They are entirely not what you want after eight or nine miles of running, but somehow offer an extremely satisfying post-run glow! (I wish i was more like my running pal Rachel, see runningpotter.blogspot.com, who always logs the distance she runs via a GPS. I’m just not so disciplined.) 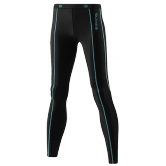 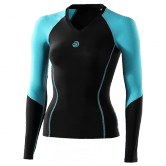 The run also gave me the chance to try a new Skins top that I’ve been sent to, aherm, test-run. Skins are meant to be worn tight and close to your skin and claim to offer improved muscle recovery through enhanced circulation and maintain optimum body temperature, among other seemingly fabulous things. The long sleeve-topped is certainly tight (I had to wrestle with myself to get it on!)  and it felt really slinky against my skin. In terms of temperature gauging I felt more chilly than warm for the whole run, but then I normally complain about being too hot so perhaps it was doing its job properly. Has anyone else experienced this “just on the wrong side of cool” feeling while wearing Skins?.
And I do think the top improved a few muscle aches in my shoulders and back picked up from a recent Wii contest at a pal’s house. (I admit that I used to be a snob about the fitness benefits of the Wii, but after a 2-min boxing round on Hogmanay I was left with more sore muscles than an hour at a circuits class. Hmmm.)
The Skins tights claim to do much the same and having worn a pair post-run for the last couple of weeks I’d agree that they definitely improve the speed of muscle recovery. I was as much a sceptic as anyone else, but Skins do appear to do what they say on the label. I’ve just no idea how!
And run number 2? The following day I headed out for an all-the-way-up, then all-the-way-down run at Glentress forest, near Peebles. The mountain bike Mecca is right next door to my parents’ house (where I stayed overnight) and it’s one of my absolute fave places to run. Not only can you run off-road and through beautiful woodlands but you also get the chance to beat the myriad bikers uphill. Oh the joy of burning someone off on their shiny bike! I would never have believed this was possible but even running at a very slow trot, you still overtake most mountain bikers as they slog uphill in their smallest gear.
From the top of the forest back to the Hub car-park feels like one, long glorious coast  downhill. While it’s tough on the quads it requires little lung power and means you can look around and take in the wonderful views.
And if you don’t know about Glentress, then you also won’t know about the wonderful coffee and cakes they sell at the Hub Cafe. The best reward for a hard run in the forest!
Share