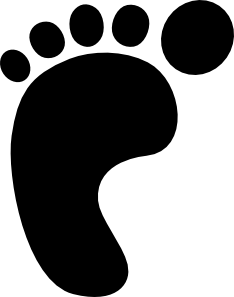 Yet again I have found that heading into Glasgow from my home in Bearsden is quicker on foot or two wheels than by car or train. The distance is only around six or seven miles (depending on the route taken) so it’s an easy enough run or cycle.

I can recall that when I had a “proper” job in the city I could beat other commuters travelling by car by up to 10 minutes if I ran, or 20 mins if I cycled. This was at busy commuter times.

But even when I head into Glasgow at other times of the day it is much more time efficient to run or cycle. For example, I was working at an office on the Anderston Quay yesterday. If I’d taken the train I would have had a 15 min walk to the station, a 5 min wait for the train, followed by a 20 min train ride, followed by another 10 min walk at the other end.

But if I cycled the journey takes between 25 and 35 mins only. Even an elongated route along the River Kelvin only amounts to around 35 mins in the saddle.

Instead, yesterday, I decided to run. Despite a slow-ish plod I made it from home to the office in 50 mins. Added to this I had a good fitness workout and gave my mental well-being a much-needed boost thanks to the serotonin.