Mystery of the missing piano lid 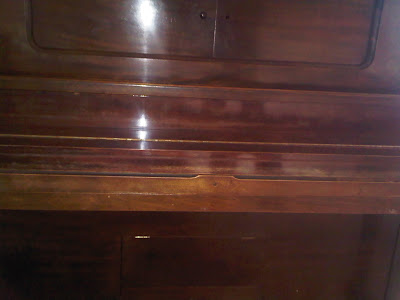 I had owned Beloved Piano for five years. In all that time I believed it was missing the lid to cover the keys.

Just after taking delivery today of the BP my French Class Mummy Friend called to ask how she should retrieve the lid that seemed to have disappeared into the piano. I was confused because I hadn’t ever seen the lid. I told her I thought it didn’t exist but she said she’d seen it when the removal guys delivered the BP.
And, now, for the first time I have seen the lid. FC Mummy Friend has sent me a picture. I have to say I’m delighted for FC Mummy Friend and her family – but I’m a little gutted that I never got to use the beautiful lid. Well, that’s one mystery solved!
Share