Inspiration from a near-octogenarian runner

A tweet on Twitter alerted me to a new website, The Running Bug. It’s just launched but already has some 70,000 unique visitors each month. This is not surprising given the huge growth in the number of runners in the UK, of all levels, over the last decade. I’ve written about this running surge many times before.

So I joined the website, became a Running Bug, wrote a wee post on the forum – and then received a message from a fellow member. He’d looked at my blog and encouraged me  look at his, Run For Your Life. (That’s how it works these days on the social media network!) 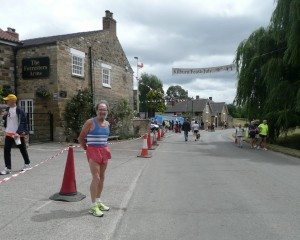 This man is amazing. Born in 1932, the Old Running Fox is still out in the hills running and doing races. His Personal Best times, many in his late 50s and 60s, are truly awesome. He ran a 22 min 5k aged 75! He has also won a strong of age group running titles. And the fact that he’s climbed all of Scotland’s Munros makes him a hero in my eyes. Take a look at his site. It’s a great read and should show us all that you’re never too old to run – and stay in great shape.