The agony of the return sports session

The “return” sports session, especially after months away, is always so tough. I was reminded of this fact on Tuesday when I returned to the Glasgow Triathlon Club swimming session after a gap of almost eight weeks. While I tried to keep up with the middle laners, and I did complete the full session, I came out of the pool feeling utterly exhausted. Why, oh why do I let the gap between sessions go on for so long? 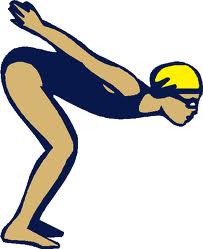 The agony of the return swim session

I think, in honesty, if I miss even two weekly sessions, the will to return becomes weaker. And as the missed sessions continue so my resolve to return becomes weaker again. And then I get to the point where I simply can’t face the hell of returning to a sporting session that I have been absent from for too long. I know it will hurt physically to get back in there and keep up with my triathlon peers.

What is all the more frustrating is that some two months ago I was doing well at my swimming. I had improved a great deal in the previous year and I was even enjoying swimming. A couple of years ago I could never have imagined that I would enjoy a swimming session. But then came Christmas and a cough and chest infection and so the weeks went on when I didn’t swim. By the time I was well enough to return I required a huge dose of mental willpower to get myself to the pool. And for weeks I found excuses about not returning.

Then, on Tuesday, I knew I’d be cycling past Maryhill swimming pool when returning from a work shift at the Daily record. I couldn’t find a good enough reason (not even the weight of my swimming kit in my rucksack) that was persuasive enough NOT to stop in at the swim session. As I approached Maryhill from the city centre I did think about cycling on by, going home to a warm house and a shower, but I knew I’d only be letting myself down.

My brave return to the pool!

So I did the brave thing and went to the session. Even before the warm-up was over I knew I was going to struggle. I was out of breath, spluttering around, suffering painful arm, shoulder and leg muscles and there was always the threat of foot cramp in the next four seconds. But I just had to get on with it – or suffer the humiliation of getting out! I had been in this agonising place before. I knew there would be several weeks of pain before I could feel a little more comfortable in the session. Of course, most of the other swimmers had been swimming for the previous eight weeks and so it made my backwards progress more obvious. So I just got my head down, suffered the increasing pain and burn in my arms and legs and got on with it.

The battle going on in my head to “just get through another length, and another length” grew louder and louder. The desire to throw the towel in grew stronger and stronger. But my mental resolve managed to get me through the session and I was delighted when the coach suddenly reported “cool down”.

As I crawled in a dizzy state to the shower after the session, the Mighty Vickster empathised. She too had missed a few swimming sessions and was feeling the pain of her return session. She’s a far better swimmer than me but it was comforting to know I wasn’t the only one with burning, weak arms.

To add to the agony, I then had a four mile bike ride home. It wasn’t pleasant but I made it. And, hey, did I feel brilliant when I got home? Tired, but mentally high. I’d cycled seven miles into town, three miles to swimming, completed a fairly tough swim session and cycled another four miles home. I’d done the return swim and finally got over that hurdle. I am now determined to keep the swimming going.

And what about the cycling?

It’s just a shame I haven’t kept up with my resolve to return to the cycling. It’s another story… but finding myself exhausted after a 70km cycle a couple of weekends ago, after being in great cycling shape during the summer, should have pushed me to get back in my bike saddle more often. It hasn’t though and instead I’ve been running. Maybe I’ll get out on the bike this weekend?!