Magic of the Enchanted Forest 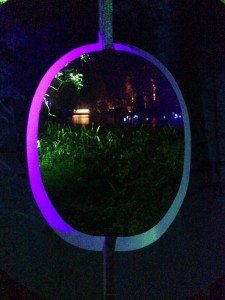 The 2013 show, absorb, has been designed by Scottish lighting designers Kate Bonney and Simon Hayes and with music by RJ McConnell, which includes a specially commissioned orchestral piece in collaboration with composer Jon Beales.

Before the show even opened earlier this month, a group of enthusiasts from Fife had a sneak preview when they were hosted by Scottish clothing company Keela International at the Enchanted Forest.

As part of the Britain on Foot campaign, supported by Keela and aimed at encouraging more people to explore the great outdoors through walking, cycling or climbing towards creating a healthier nation, the special Fife guests had the chance to enjoy the Enchanted Forest spectacle. Some of the visitors were from groups such as Fife Walking Initiative, Bums Off Seats, and Gotta Be Active Girls from Kirkcaldy YMCA. 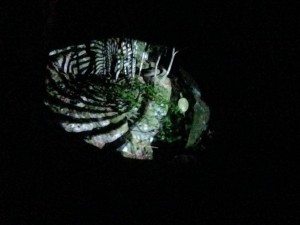 Keela have been producing garments designed for the outdoor sector for the last 30 years and, as partner to the national campaign, identified The Enchanted Forest as a potential event that would achieve the aim of getting people into the great outdoors, as well as creating an enjoyable night out for people.

Alan Knox, retail manager with Keela International said: “The outdoors can sometimes be a little daunting, but The Enchanted Forest is a unique event that gets people interacting with the outdoors without any of the preconceptions they might have about how they have to dress, or what they need to take with them. It seemed like the perfect match to encourage people to get outdoors.”

The group attended an exclusive preview night earlier this month, prior to the show opening to the public on Friday October 4. More than 32,000 visitors are expected to attend during the show’s 23-night run this October.

Derek Allan, creative director of The Enchanted Forest said: “We are very happy to support the Britain on Foot campaign in this way. Our event is all about encouraging people to enjoy the beauty of the autumnal forest at a time of day that people wouldn’t normally be in forests, and at a time of year where people are more likely to stay indoors.

“We’re grateful to Keela International for organising this trip and look forward to welcoming their visitors to The Enchanted Forest.” 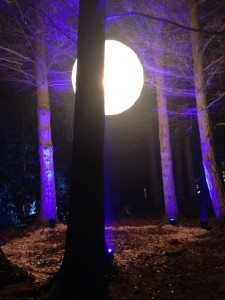 It was a very wet evening this week when I popped up to Perthshire with my friend Cosy Josie (she was Cosy Josie because she was wearing one of my new insulated jackets from Mammut!). We met with another friend Simon of Big Tree Campervans. Despite the rain, the light and sounds show at Faskally offered a magical couple of hours as we wondered Faskally Woods on easy-going trails.

The evening was busy with other people braving the weather and you could hear many oohs and ahhs as people took in the pretty and atmospheric displays. The choreographed light shows were set to classical and atmospheric music.

Cosy Josie was particularly delighted by the floating lit-up buoys that took centre place on Faskally loch. I loved the way that the trees were lit with different colours of lights so as to accentuate the foliage. The huge globe moon is stunning, too. Simon enjoyed the cleverly sequenced lighting that kept to the beat of the music.

This is an outdoors display like no other and filled with clever ideas and lovely views. There is plenty for kids and adults to take in, and the show includes a story-telling tent for youngsters.

It would be possible to whizz round the show in 30 minutes or linger at every display spending a couple of hours enjoying the spectacle. My advice is to choose a frosty and dry night when the sky will also be lit up above the woodland.

The Enchanted Forest will run until Sunday October 27 at Faskally Wood near Pitlochry. To buy tickets see www.EnchantedForest.org.uk