Did you see Polish cyclist Bartosz Huzarski’s veiny legs during the Tour de France? Many people did and questioned how they could be so riddled with big veins. There were accusations of drugs, obviously, but fellow blogger, Emma, a cycling enthusiast and writer, wanted to know if there could be other explanations. She spoke to a leading doctor to find out more. 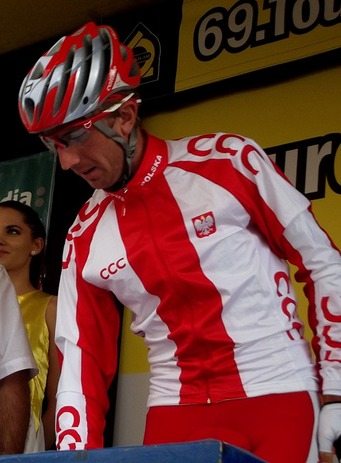 Polish rider Bartosz Huzarski was bombarded with abuse when he posted a shocking image of his veiny legs after the 18th stage of the Tour de France.

The cyclist, who is now better known for his legs than his performance in the race, was even hit with illegal doping accusations after uploading the image to his Facebook page.

But now a leading vein doctor has stepped in to explain just why Huzarski’s legs looked like that at the end of the gruelling stage.

Vascular surgeon Eddie Chaloner described the appearance of Huzarski’s veins as normal for an endurance athlete.

He said: “This is a pretty common thing in endurance athletes, but it is often mistaken for varicose veins or evidence of illegal doping,”

While admitting the picture could look “extreme or even abnormal,” he added: “It just represents the extremes of human endurance.”

Huzarski was accused of having illegal substances in his body after he shared the image. But, Mr Chaloner, of Radiance Vein Clinic in London, said the reason behind the 33-year-old’s veins becoming so prominent was likely to be natural.

The Harley Street practitioner said: “At rest, about one litre of blood goes up in the veins of the leg every minute. During intense exercise in elite athletes, this can increase more than ten-fold, making all the veins in the leg swell to accommodate the increased volume.

“The superficial veins, which you normally can’t see, get dilated to cope with the excess demand and swell massively. Plus, of course, these guys have less than five per cent body fat, so you can see all their veins even at rest.”

Chaloner, who was described as the “master of delicate thread vein removal” in a Tatler guide to Britain’s best 250 doctors, added: “Add to that the fact the picture was taken after the hardest stage of the Tour de France, featuring two incredibly tough mountain climbs and five hours of riding and it’s little wonder his legs are looking a bit out of the ordinary,” added Huzarski has also stepped in to defend himself, saying his legs did not look unhealthy.

“People write and think different things, ‘that is impossible’, ‘that is not normal’, ‘it is unhealthy’, or ‘it refers to doping’.

“Of course, I will not have legs like Victoria’s Secret models, or Mary from a nearby vegetable shop, or anyone working in an office who does a 10km bike ride or an hour run three times a week.”