Highlights from the world’s most expensive bike show 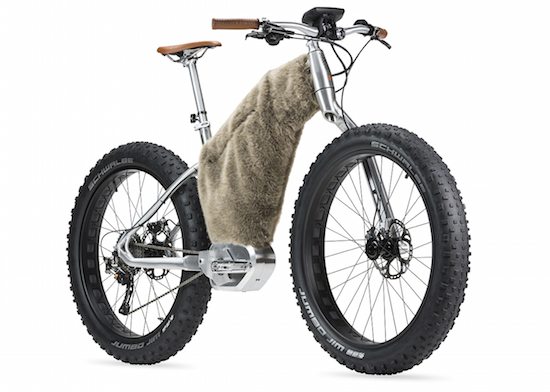 LikeBike 2015 recently took centre stage in Monte Carlo celebrating all things bicycle at the world’s first and most expensive and luxurious exhibition. Here is a quick look back at the highlights from this year’s event in the numbers.

17 diamond carats are featured on Cipollini RB1000 Luxury Edition, a highlight at LikeBike this year it features platinum plate and gold finishes.

€53,000 was the cost of one of the most expensive bikes on display – Cipollini RB1000 Luxury Edition.

Next up was the €45,000 Malle Bicyette by Moynat, a classic made-to-order Parisian bike with its own luxurious picnic basket trunk attached.

80 riders took part in the first race along a Grand Prix circuit on bikes. LikeBike’s NiteRace was the opening event and took place along the famous Monte Carlo Port of Monaco circuit. Amateurs rode alongside pros in this spectacular event.

26 product launches took place during the exhibition, including the world premiere of AMG and ROTWILD’s “GT S IN SPIRIT” (€9,990) and Specialized partnership with McLaren creating the S-Works Tarmac (€22,150), which is limited to 250 items worldwide.

450 was the total number of bikes on display at LikeBike 2015. Exceptional models included the high-performance road bike, Moulton’s AM GT Mk III (£6,950 inclusive of 20% VAT) and Moustache’s FAT BIKE S+ARCK SNOW (€3,799 to €5,799) equipped with the Bosch system, Shimano XTR gearing and brakes. It even has a synthetic fur frame cover that protects the battery from extreme temperatures.

381 days and counting to the next LikeBike extravaganza on June 3 ,4  and 5 at Grimaldi Forum, Monte Carlo.