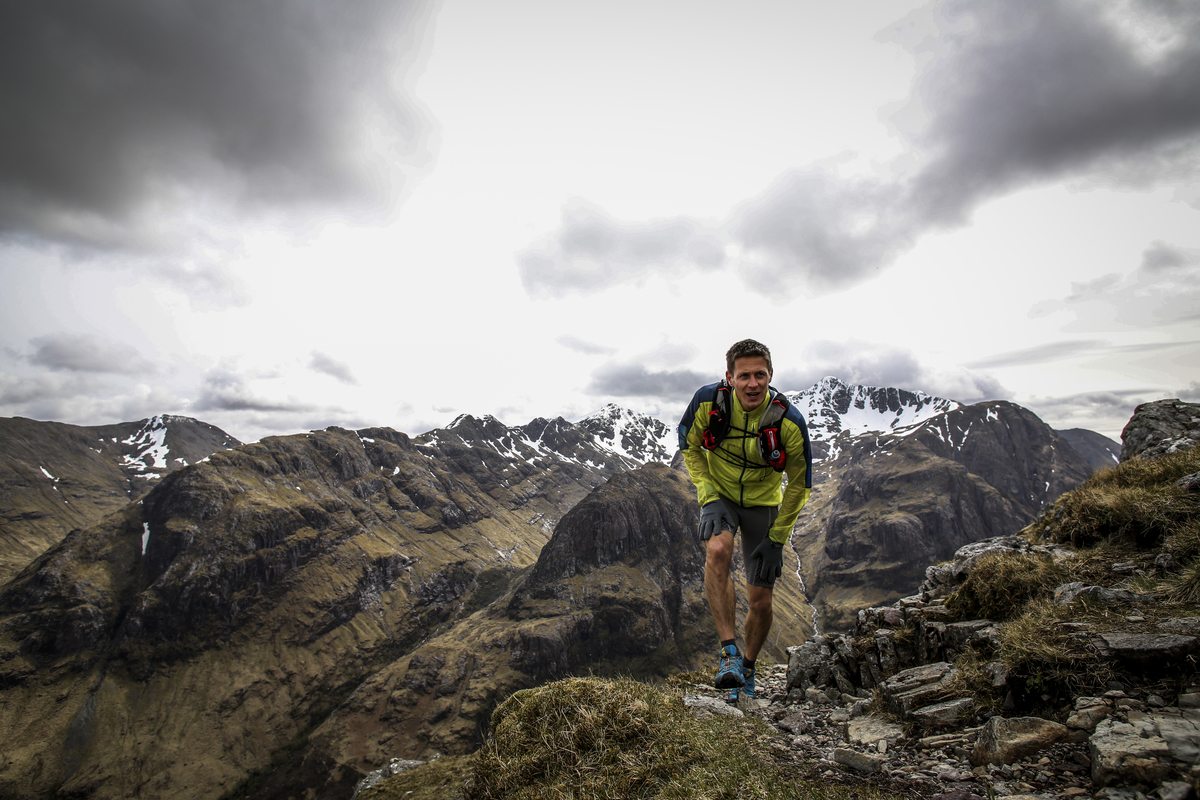 Glen Coe Skyline race. Pic credit: Ian Corless
This year’s new Salomon Glen Coe Skyline race will see runners scramble the mighty Curved Ridge on Buchaille Etive Mor. The organisers have waited until today to confirm that the classic grade III climb  will be part of the ultra running route in the Scottish Highlands.
At the same time, it is announced that two of the UK’s leading mountain runners, Es Tresidder and Finlay Wild, will race in this August’s event.
The confirmed route for the Salomon Glen Coe Skyline will now take in two iconic mountaineering challenges in Glencoe,  both Curved Ridge and the Aonach Eagach. The 45.6km race will include more than 4,000m of ascent. 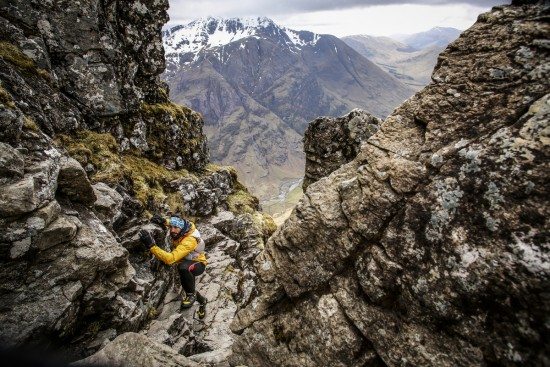 Race Director Shane Ohly said: “From the start we wanted to included Curved Ridge but we were unable to confirm this until completing a series of risk assessments on the route in different weather conditions and after consultation with independent experts on our plans to manage the runners on the route.
“The winter snow stayed on the higher parts of the route longer than expected so we had to delay this announcement until the route and our management plans could be site assessed in snow-free conditions. I am happy that we have now done this.”
He continued: “I am not creating another mass participation running event, rather a world-class course for experienced and competent participants and the inclusion of Curved Ridge is in keeping with this.
“The Salomon Glen Coe Skyline is a fusion of mountain running and alpinism where competitors need to be skilled at both disciplines to negotiate the course.” 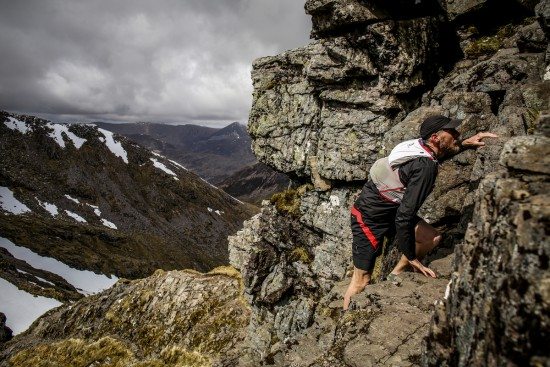 Es Tresidder, who holds the Snowdon horseshoe record (1:25:08), said: “I’ve always loved exploring the line between running and mountaineering and ever since running my first Skyrace, the legendary Sentiero delle Grigne in Italy, I’ve wondered about whether you could do something similar in the UK.
“Until now this sort of ground has been the reserve of solo records, such as those on the Cuillin ridge or Snowdon horseshoe, but it will be awesome to have a race over such technical terrain. I’m planning on making this race one of my main objectives for the summer.” 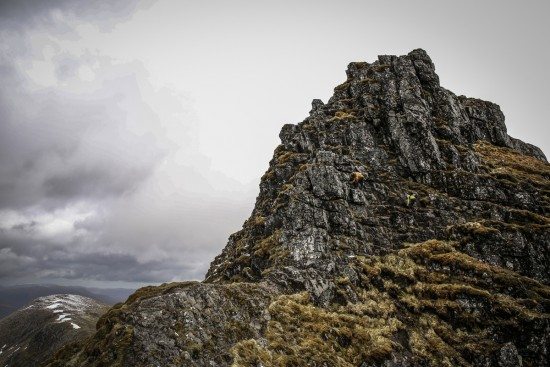 Finlay Wild, a Fort William-based runner and Cuillin Ridge record holder (2:59:22), said: “I’m really excited about this race. The European Skyraces look like a fantastic mix of technical running and scrambling, and Scotland certainly has loads of suitable terrain.
“Running the Salomon Glen Coe Skyline includes some of the best scrambling in Lochaber.”
The Salomon Glen Coe Skyline takes place on Saturday August 22, 2015, and will be part of the UK Sky Runner Series.
Please share...