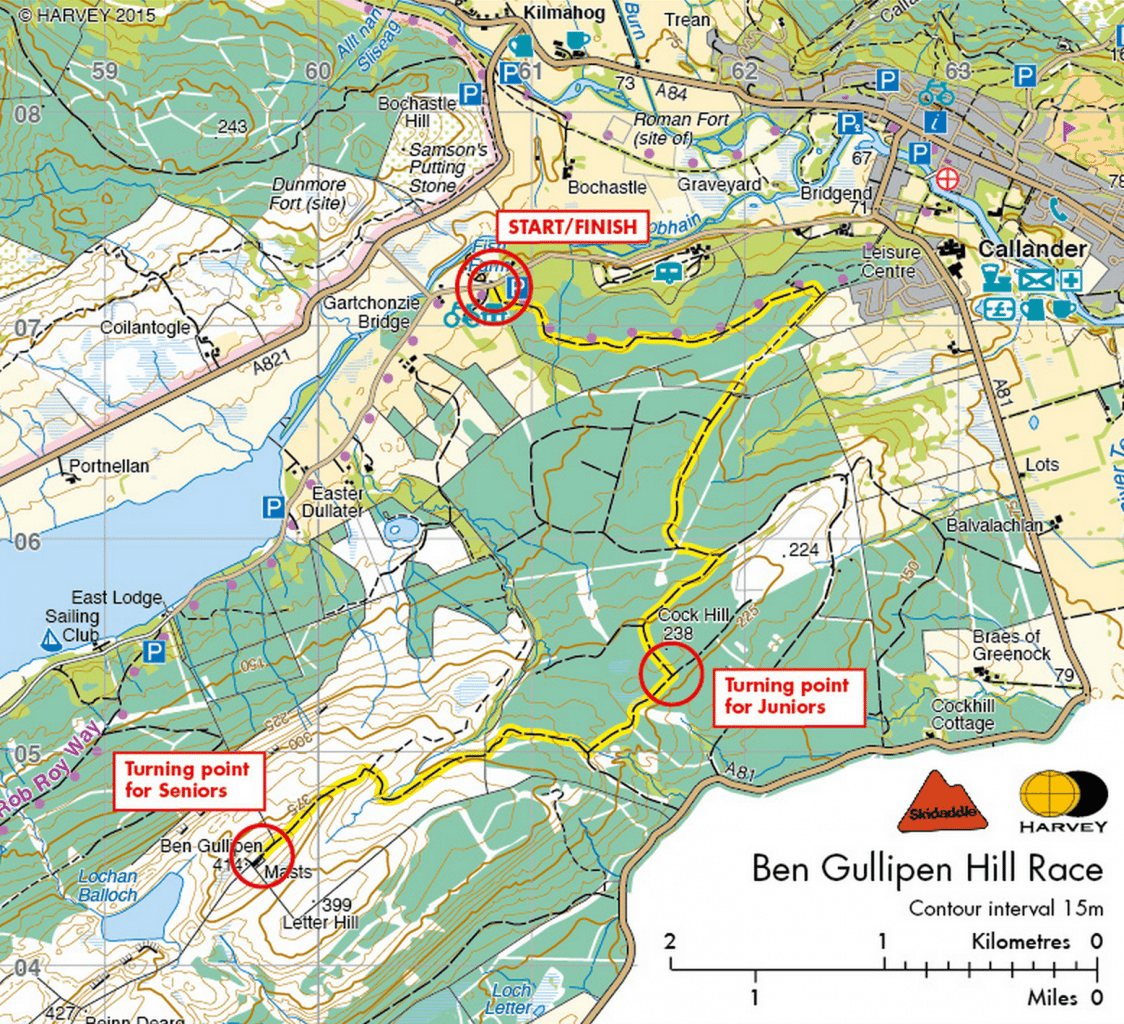 The winter is coming. I know this, not because of the weather (it’s been like winter most of this summer), but because I have a hankering for more hill running. It’s not that I necessarily prefer hill running over other sports but I do like it when the weather is less predictable. Likewise, I prefer mountain biking to road cycling in cold and wet weather.

I have many favourite hill running routes, including the local Campsies and Kilpatricks, but I wanted to run somewhere new. Sunday’s run was suggested by my training pal Nick and saw us taking on the route of the Ben Gullipen Hill Race. You can find lots of races on the Scottish Hill Racing website.

Ben Gullipen appealed because it is fairly close to home (near to Callander) and doesn’t include a huge amount of ascent. These are early days in my winter hill running season so I didn’t want to attempt the likes of the Ben Nevis Race route but rather stick to something less daunting! 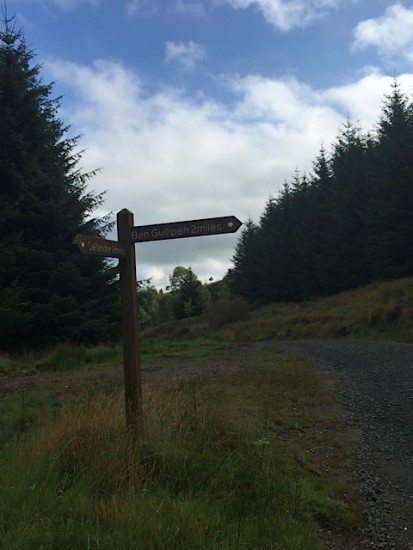 Still, the route is almost 14km and 350m of ascent. The route up does have some ups and downs but mostly it is a constant up. The trails are excellent, however. It’s mainly forest track and then some hill path.

Even after many months of rain the route seemed fairly dry and not too slippery underfoot.

The setting is absolutely lovely. The trails head through beautiful pine forests and on to open hillside with fantastic views over the countryside and Loch Venachar.

I struggled to run the entire upwards route. I am not super fit just now and there were some steep-ish sections so where I couldn’t run I walked fast. I also have some late summer hayfever induced asthma. It’s maddening but almost controllable with an inhaler.

Overall, however, I was quite impressed by how my cycling legs held up during the demands of the uphill run.

Most of this run is a steady climb and I can imagine the racing whippets speed up it at an impressive pace.

The views from the top are well worth the effort. If you turn your back on the rather ugly masts on the hilltop there is a super panorama over the Campsie Fells.

Another advantage of this run is it is signposted. 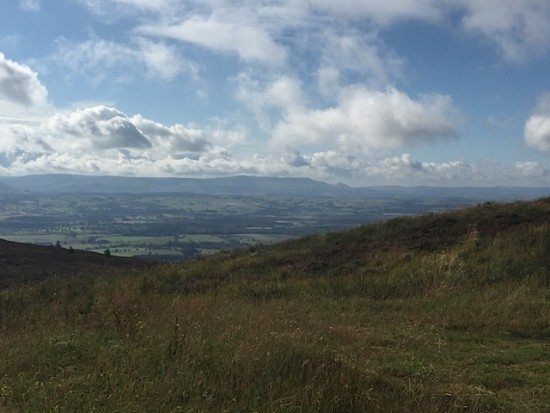 When I think of a hill run I imagine all up and then all down. But it always surprises me how much up there is on the down, if you know what I mean?! Added to this the uphill run had given me tired muscles and I was starting to run on empty.

I have struggled with stomach problems and running for the past couple of years so my best method now is to have very little in my stomach when I run. This means I can run out of fuel but it’s better than not being able to run at all.

Around half way down the descent I started to feel a big dip in energy and it took quite a lot of resolve to keep going. I could see Nick edging in front of me a bit so I dug deep and kept pushing on.

There was a fairly long up section towards the end of the descent. I hadn’t noticed the correlating “down” on the way up the hill and it was pretty testing so late in the run. I kept thinking that the end must be close, however, and so I found some energy from somewhere. The final downward section to the car park was a joy.

This is a lovely run and a great way to spend a late summer’s Sunday morning. Amazingly the sun shone for the entire run and the rain only came on later in the afternoon once I was safely home again.

You can enter the race in March is you fancy.