Have you tried: Dunoon Run & Ride? 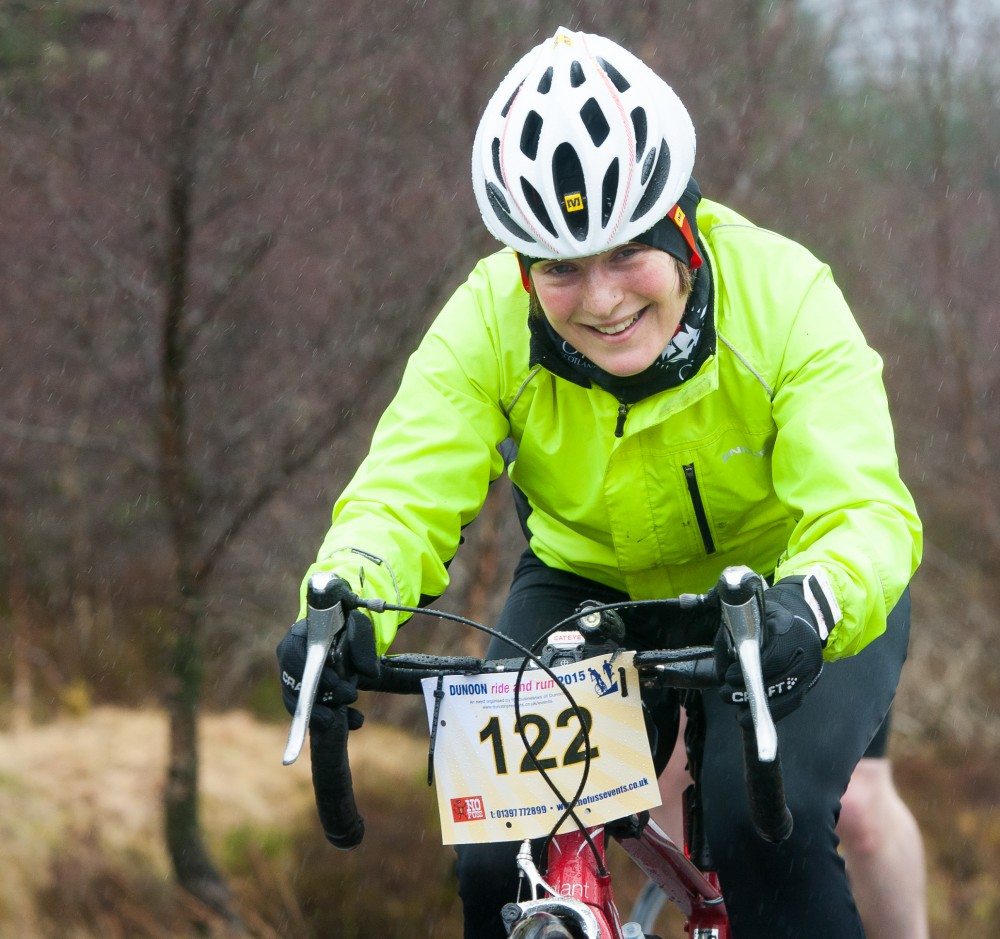 My latest Sunday Mail outdoors column focuses on the beautiful and unusual Dunoon Run & Ride event. It’s a great event for people of all fitness levels and abilities. Read more in the full column. 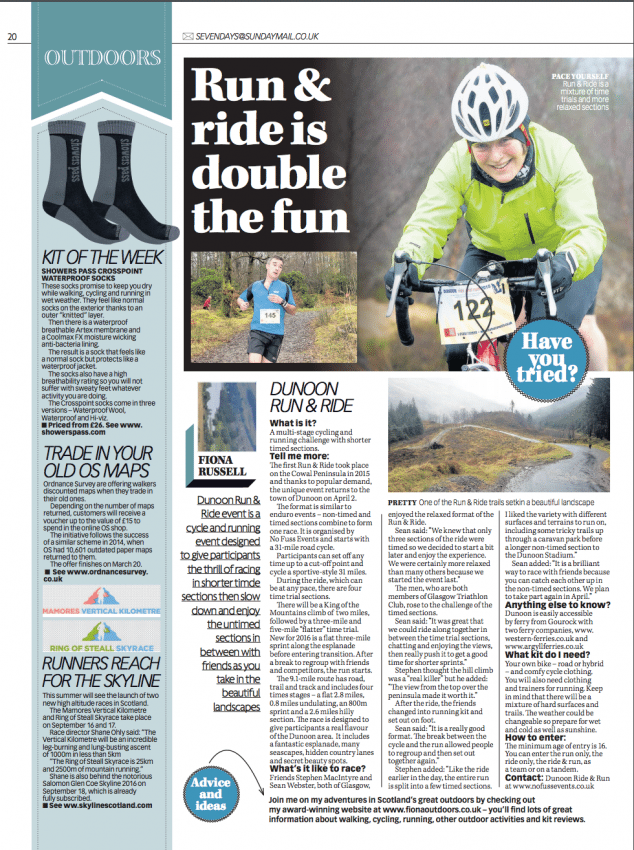 Have you tried? Dunoon Run & Ride

What is it? A multi-stage cycling and running challenge with shorter timed sections.

Tell me more: The first Run & Ride took place on the Cowal Peninsula in 2015.

Thanks to popular demand, the unique event returns to the town of Dunoon on April 2, 2016.

The format is similar to enduro events, in that non-timed and timed sections combine to form one race.

The Dunoon Run & Ride, organised by No Fuss Events, starts with a 31-mile road cycle.

Participants can set off any time up to a cut-off point and cycle a sportive style 31 miles.

During the ride, which can be at any pace, there are four time trial sections.

There will be a King of the Mountains climb of approximately two miles, followed by a three-mile and five-mile “flatter” time trial.

New for 2016 is a flat three-mile sprint along the esplanade before entering transition.

After a break to regroup with friends and fellow competitors, the run starts.

The 9.1-mile route has road, trail and track and includes four times stages:

A race spokesperson said: “The race is designed to give participants a real flavour of the Dunoon area.

“It’s a great format because you can race the stages and enjoy the more relaxed sections in between with your friends.”

What’s it like to race?: Stephen MacIntyre and Sean Webster, both of Glasgow, report that they enjoyed the relaxed format of the Run & Ride.

The friends were so laid-back that they were the last to set out on the cycling route.

Sean said: “We knew that only three sections of the ride were timed so we decided to start a bit later and enjoy the experience.

“We were certainly a lot more relaxed than many others because we started the event last.”

The men, who a both members of Glasgow Triathlon Club, rose to the challenge of the timed sections.

Sean said: “It was great that we could ride along together in between the time trial sections, chatting and enjoying the views, and then really push it to get a good time for shorter sprints.”

Stephen thought the hill climb was a “real killer”. But he said: “The view from the top over the beautiful peninsula made it worth it.”

After the ride, the friends changed into running kit and set out on foot.

Sean said: “It is a really good format if you are a group of friends who ride or run at different speeds.

“The break between the cycle and the run allowed people to regroup and then set out together again.”

Stephen reckoned the run was the best part of the event. He said: “Like the ride earlier in the day, the entire run is split into a few timed sections.

“I liked the variety with different surfaces and terrains to run on, including some tricky trails up through a caravan park before a longer non-timed section to the Dunoon Stadium.”

The final timed section included an uphill trail run before a fast descent to the shore and finish line in the town centre.

Sean said: “It was a great event and we both said how much we enjoyed the format.

“It is a brilliant way to race with friends because you can catch each other up in the non-timed sections. We plan to take part again in April.”

Anything else to know: Dunoon is easily accessible by ferry from Gourock with two ferry companies, www.western-ferries.co.uk and www.argyllferries.co.uk

What kit do I need?: Your own bike – road or hybrid – and comfortable cycle clothing.

You will also need clothing and trainers for running. Keep in mind that there will be a mixture of hard surfaces and trails.

The weather could be changeable so it’s advisable to be prepared for wet and cold as well as sunshine.