Top of Ben Nevis sticking out of the clouds. Pic taken from neighbouring CMD.

Ben Nevis, the UK’s tallest mountain, is now officially even taller. A new Ordnance Survey calculation has recorded the height of Ben Nevis at 1,345m, rather than the previous 1,344 m.

The change, which will be displayed on all new OS digital and paper maps, is not due to geological movement but thanks to improvements in measuring technology.

OS revealed: “We took the chance to resurvey, and send our surveyors up a mountain, after the recent restoration of the trig pillar atop Ben Nevis.

“The increase isn’t down to geological movement, or the restoration of the trig pillar either.

“The mountain has ‘grown’ because the technology we use to survey today is more accurate than the kit used when Ben Nevis was last surveyed in 1949.”

When the Ben was last surveyed, 67 years ago, it took a team of seven surveyors 20 nights to obtain their calculations. They had to lug hundreds of pounds of kit to the top of the mountain, and to surrounding mountains, to do so.

They also had to wait till night to survey because strong lights were shone from the trig pillars of the other mountains on to Ben Nevis to allow the data to be recorded. 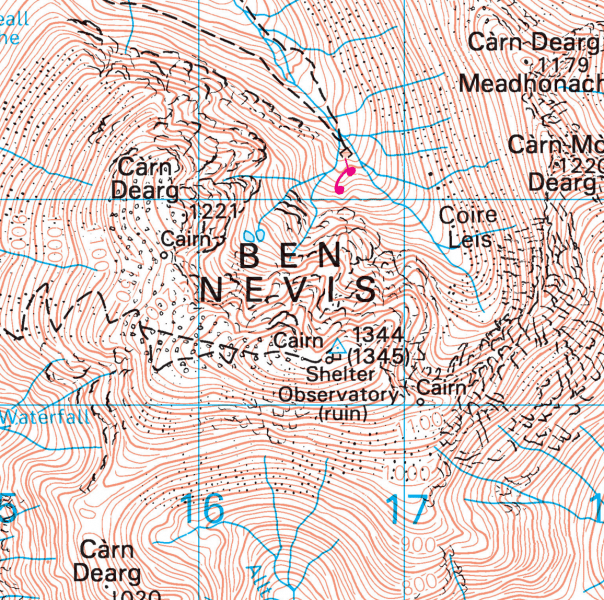 Field Surveyor Angus Hemmings was one of three surveyors who climbed Ben Nevis to take a new measurement. He said: “We were asked to check if the recent repair work to the cairn had affected the position of the trig pillar, and this provided us with a sensible opportunity to resurvey the summit.”

Mark Greaves, the OS geodetic consultant who first recorded the new height, said: “The new height relates to the highest natural point on the summit and was measured as 1,344.527 metres.

“I double-checked everything and asked others to do so, too. What is amazing is how close the surveyors in 1949 were.

“The measured height has changed by centimetres, but those centimetres mean we now need to round up rather than down. So that’s why Ben Nevis will now be officially known as 1,345 metres.”

Who will be walking to the top of the Ben again? #getoutside