Bike Week takes place this month. The aim of the annual campaign, from June 10 to 18, 2017, is to get more people on their bikes for everyday transport – and to show everyone the benefits of cycling.

This year’s Bike Week has a special focus to encourage more people to use their bikes for cycling to work.

Whether you aim to cycle all the way to work each day or a few times a week, or you use your car and your bike in combination to get to work, you’ll find there are rewards both for your fitness and saving money.

But if you plan to ride your bike to work and you live in a UK city, do you know how long it will take compared to driving or using public transport? Family-run cycling store Leisure Lakes Bikes has taken a closer look.

It should take 16 minutes to complete the journey by cycling the quickest route, via Aikenhead Rd/A728.

By car the time is 22 minutes by taking the quickest route when driving (via Cathcart Rd) and by public transport – via the ScotRail line from Mount Florida – is 16 minutes.

This means that cycling and public transport are joint fastest.

A driver would take 20 minutes by car while the journey by bus is 27 minutes. On a bike it’s also 27 minutes via the National Cycle Route 1.

I know which I’d prefer to do.

Driving the route takes 33 mins while public transport (the Hammersmith & City underground from Whitechapel) is 29 mins.

The fastest form of transport is cycling. 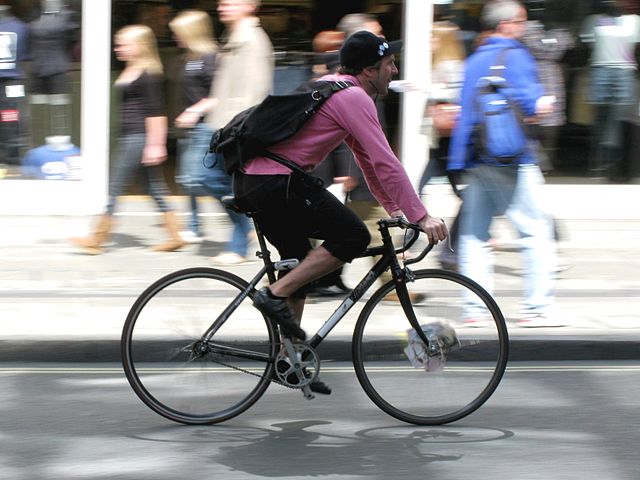 While driving would take 17 mins and public transport is 26 mins, by bicycle the journey is 23 mins.

In this city, the fastest form of transport is the car but not be a huge amount.

The car just pips the bike in this city.

A 14-minute car journey takes 24 minutes by public transport and 22 minutes by bicycle.

This makes driving the fastest across Sheffield but the bike is still quicker than public transport,

An 18-minute car journey takes 23 minutes to complete by taking the quickest route by public transport. By bike, the route via the A38 is 22 minutes.

So the bike is the second fastest form of transport in Bristol for this journey.

The fastest form of transport is driving with a bike ride just eight minutes behind.

By car the journey is 15 minutes while by public transport it’s 25 minutes. On a bike you can expect to take 18 mins, via the A1 and National Cycle Route 9.

Why not try cycling to work in Bike week 2017 and see how it goes for you?

Leisure Lakes Bikes has teamed up with the Green Commute Initiative in order to make the change not only an easy one but a lot less stressful on the purse strings. Click here to find out more about the partnership.