TrailFest Scotland: Why we are taking a wee break. 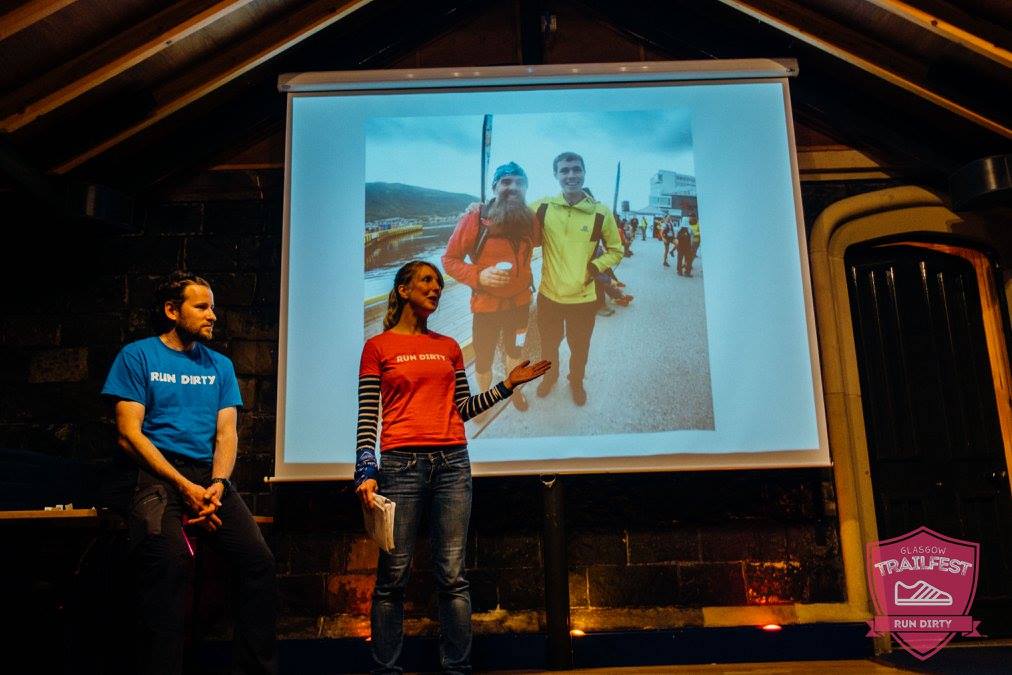 The founders of #TrailFest Scotland, Ryan and Jo , have decided to have a year off in 2017. They hope to return next year, hopefully with a partnership or sponsorship deal. Here, Ryan reveals their thoughts on TrailFest.

As the title suggests, we have taken the decision to cancel TrailFest 2017. It was a long, hard decision to make, but one which, ultimately, may prove to be to TrailFest’s benefit. 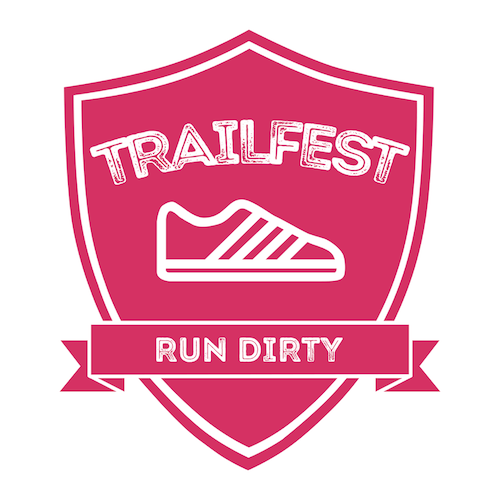 The rocky road to success

When you commit to creating something and achieving it, if it’s worth doing, it will invariably be a topsy-turvy journey with obstacles to overcome and barriers to get around. Yet, by keeping a focus on the goal, success can be savoured.

In 2015, we set up TrailFest as a different type of event for the Scottish running scene. It was the type of event that we both would have liked to attend, a format that was inspired from the events we attended while living in the French Alps.

The concept was simple. It wasn’t about racing, but celebrating trail running as a sport and an activity. This involved bringing elite-level trail and ultra runners together with “everyday” runners, as well as those new to running off-road.

We programmed coached sessions, including strength and conditioning, yoga, speed work and navigation, and created a line-up packed with inspiring stories from elites through to “ordinary” heroes.

The TrailHEROES programme proved to be a moving and inspiring experience, as well as being a great leveller. It transformed TrailFest from an “elites and the rest if us” dynamic into a big, shared experience, where everyone of every fitness level was left inspired and energised. TrailFest rocked!

Sadly, however, we have made the decision to cancel the 2017 event. 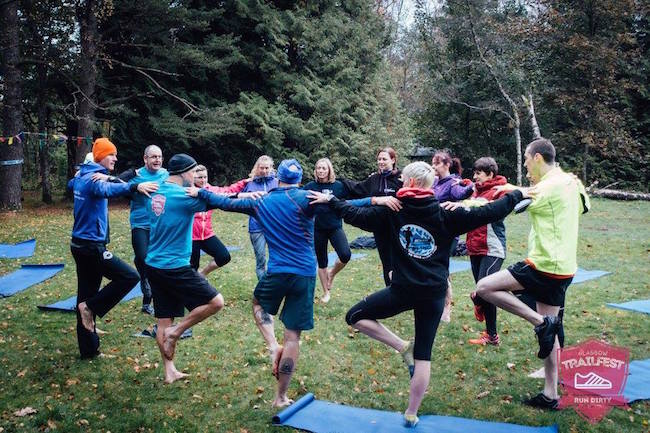 Yoga for runners at TrailFest.

Since we started, the TrailFest Festival has been self-funded and without any sponsorship or partnership. It has been created, devised, organised and managed by the two of us.

On event day, we have been lucky enough to have received the support from a loyal band of volunteers, experts and generous support by way of giveaways, prizes and special offers.

With no additional backing, we have staged TrailFest with virtually no budget, which has made it very difficult to spread the word and grow the event.

In year one, when we had no community to build on, it was extremely difficult to “sell” a new type of trail running event where racing took a back seat. We lost money.

It took a long time for us to be convinced to do it again, but #TrailFest2 happened in 2016. It sold out and was a resounding success, but despite it being a sell-out, the venue capacity of 50 people was not enough to cover the event costs. Mugdock Country Park is a great venue for trail running and smaller events, but as we found, even when at capacity, it still wasn’t viable.

Could we do it differently?

We asked ourselves this question for over six months, but in order to make the event financially viable, while still remaining at Mugdock, we would need a sponsor or partner to come on board to help support the event. We identified four options:

We explored all of these options, but for different reasons none of them have provided us with a genuinely viable way forward for 2017. 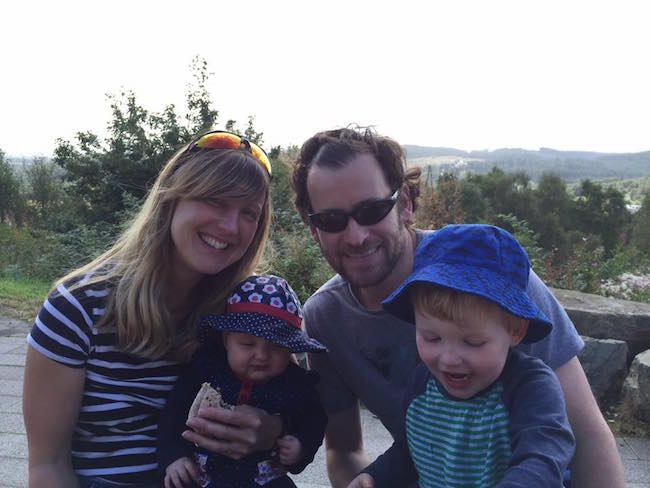 As well as the straightforward logistical and financial considerations involved, we also had to weigh up the impact that organising TrailFest has on us as individuals and as a family.

We have a three-year-old and a one-year-old which has its demands on our time, energy and finances, each one being finite.

Adding the pressure of creating another event, which could not be made to be financially viable, was a step too far this year. We are both acutely aware of the input in terms of time, money and emotional energy that such an event demands, and to have this pressure on top of our other commitments right now would be unfair on our family. 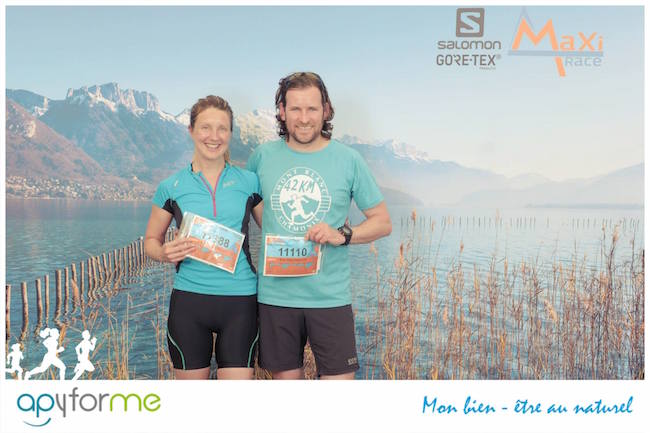 What now with TrailFest?

It has always been our goal to build TrailFest into a hub of trail running in Scotland – think Keswick Mountain Festival for trail runners – which is something that doesn’t exist here.

Since announcing the cancellation of TrailFest 2017, we have been overwhelmed by the level of support and positive feedback we have received. This has already led to a number of positive conversations and we will be exploring these further over the coming months to see where they may lead.

The dream is not dead and we will be exploring all opportunities with anyone, from potential partnerships to venues, who can share our vision for TrailFest and what it might become.

We want to bring a bigger, better TrailFest back to the Scottish running scene in 2018.

In the meantime, we’ll be enjoying a break from event organising to have more family adventures and get as much trail time for ourselves as we can.

The TrailFest RunSOCIALs will continue on the second Sunday of each month at Mugdock and we will be exploring our own ideas for growing and evolving the TrailFest community.

Thanks to Ryan and Jo, TrailFest founders, for contributing this blog. If anyone is keen to be a partner or offer sponsorship please do get in touch with them.