A treasure hunt craze is motivating Scottish kids to spend more time outdoors this summer. Youngsters in three Renfrewshire villages have been searching for hundreds of hidden colourful pebbles.

The pebbles, which have been hand-painted, are left in secret places in streets and parks in Linwood, Bridge of Weir and Houston. 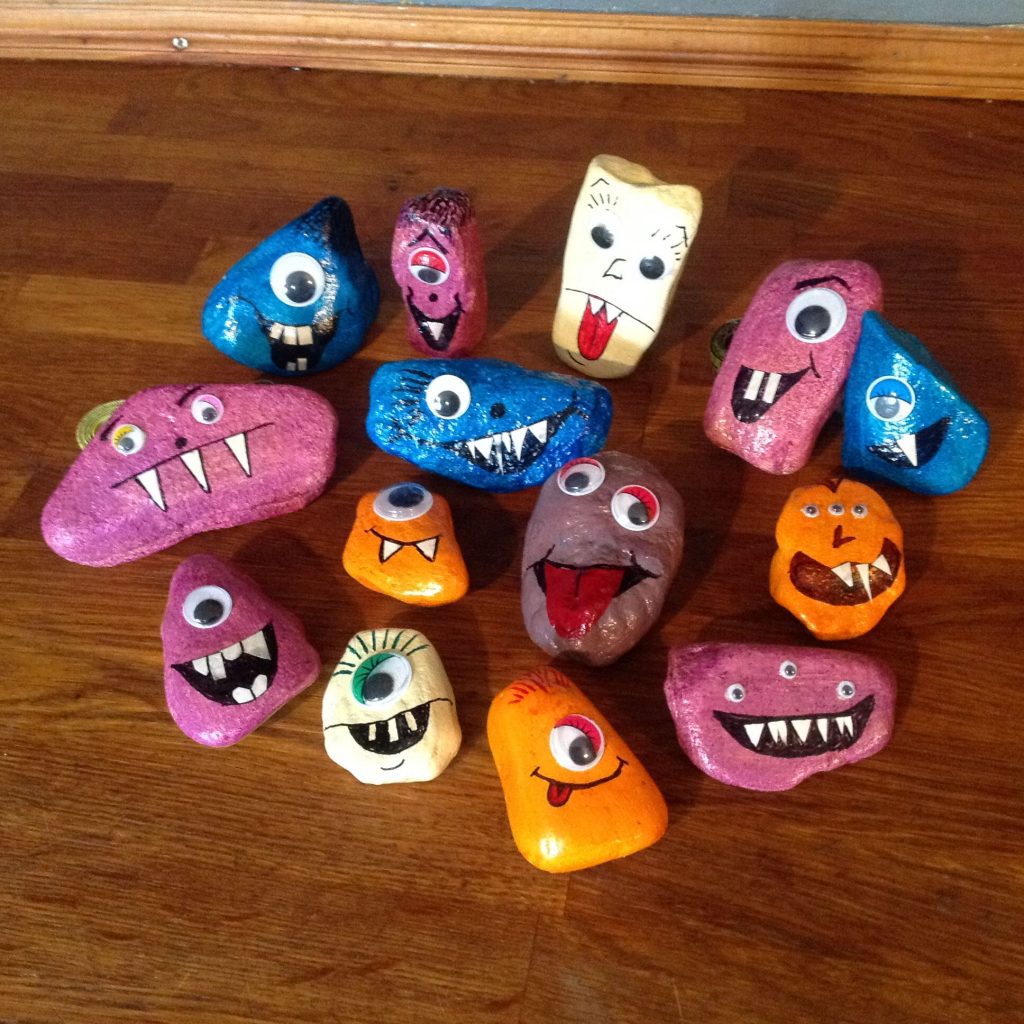 It is anonymous Mrs Pebbles who started the Linwood Pebbles hunt. The amateur artist, who is thought to be a local pensioner, began her unusual hobby in October “as a way to bring a smile to children walking to school”.

Her first painted pebbles were rock monsters and Hallowe’en ghosts, which she left in the streets for the kids to find.

Mrs Pebbles started a Facebook page, Linwood Pebbles, so that people could post up their finds and find out when other pebbles would be left out. 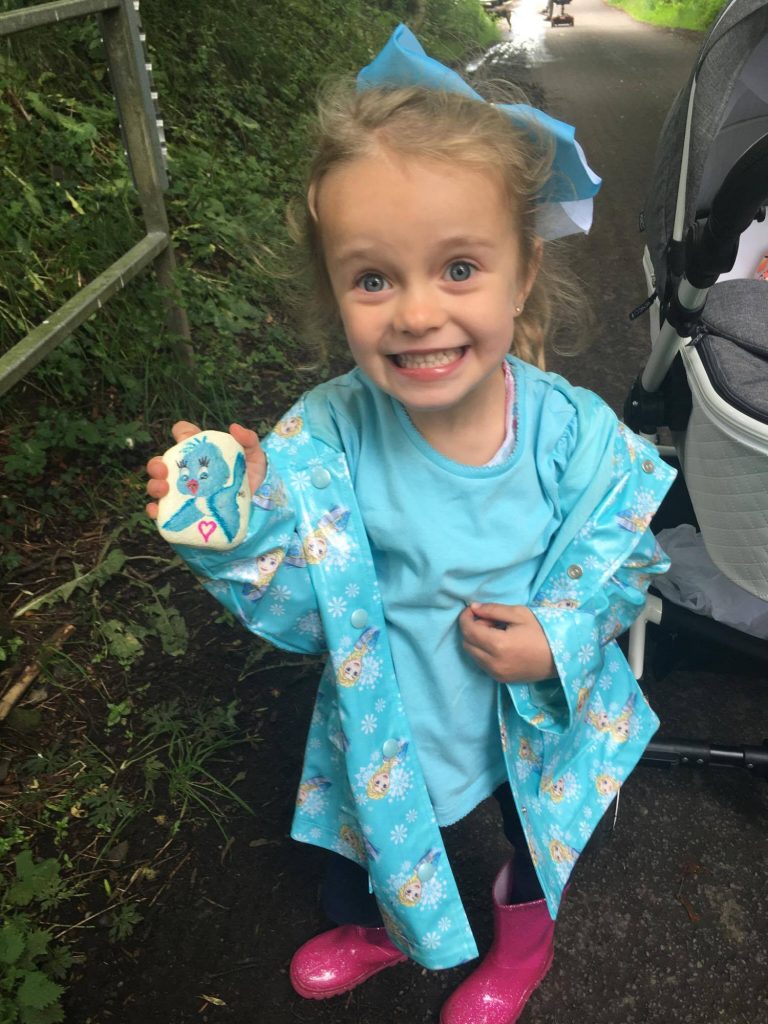 In April, a neighbouring village joined the craze when BridgeofweirROCKs was started by another anonymous pebble painter.

Know only as JR Cronin on Facebook, the mystery woman said she spotted the idea on a US craft website. She said: “I enjoy all kinds of crafts and when I saw pebble hunts being done in America I thought it would be great for the children of the village.

“I think children should be spending more time outdoors and being active and the pebble hunt is a way to do this.

“It certainly seems to be working because we now have more than 100 people in the Facebook group.”

Her pebbles feature all kinds of pictures, including emojis, minions, cartoons and eyes. They are usually hidden at night-time and in places that are easily accessible. 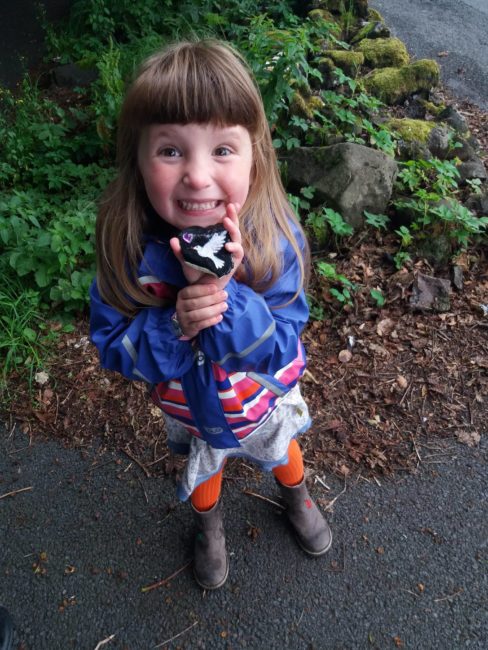 Kelsi Cameron with her pebble in Bridge of Weir.

JR Cronin said: “I work odd shifts and so I am often coming home late at night or going to work early. If anyone spotted me skulking round hiding my painted pebbles they would think I was a mad old lady.

“But I like that what I am doing is motivating children to more active. In fact, since I start this at Easter I’ve lost half a stone myself.”

One happy hunter is five-year-old Ellie Carruthers, of Bridge of Weir. She said: “I like going exploring and finding secret paths with mum, dad, my sister and the dog.

“I like finding the pebbles with characters on them and I like being in the fresh air.”

Mum Laura added: “The pebble hunt has really captured Ellie’s imagination and she loves the goal of finding new ones.

“She forgets how far he has walked and one time she must have walked at least five miles. I think it’s a great idea and good for something to do in the summer holidays.”

While the children in Linwood and Bridge of Weir are encouraged to collect and keep the colourful pebbles, in another nearby village the aim is to find and hide them again. 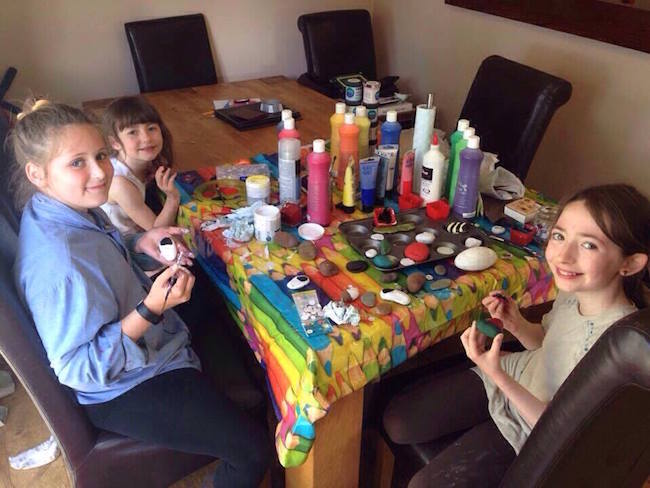 The Houston Stones, on Facebook, is run by two 10-year-old friends, Eva Horne and Rebecca Ruxton, with the help of Eva’s mum Kirsty.

Kirsty said: “The children from Houston were going over to Bridge of Weir to hunt for the painted pebbles there so Eva and Rebecca decided to start their own pebble hunt in our village. They prefer people to find the pebbles and then hide them again for other children to discover.”

Another local mum said it is not just the kids that are enjoying the pebble hunts. Carol-anne Cameron said: “My little girl Kelsi, who is four, is loving it and is very keen to get out and hunt for the pebbles. She has found six so far.

“I have also found myself quite excited about it when we go out looking for new pebbles. The time and effort that has been put into BridgeofWeirROCKS is greatly appreciated.

“Many parents have been raving about the concept and it has certainly helped us to keep the kids entertained in the school holidays so far.

* To find out more search for the groups on Facebook, or how about setting up a group in your local area?

The article was published in the Sunday Mail. Read the pdf. 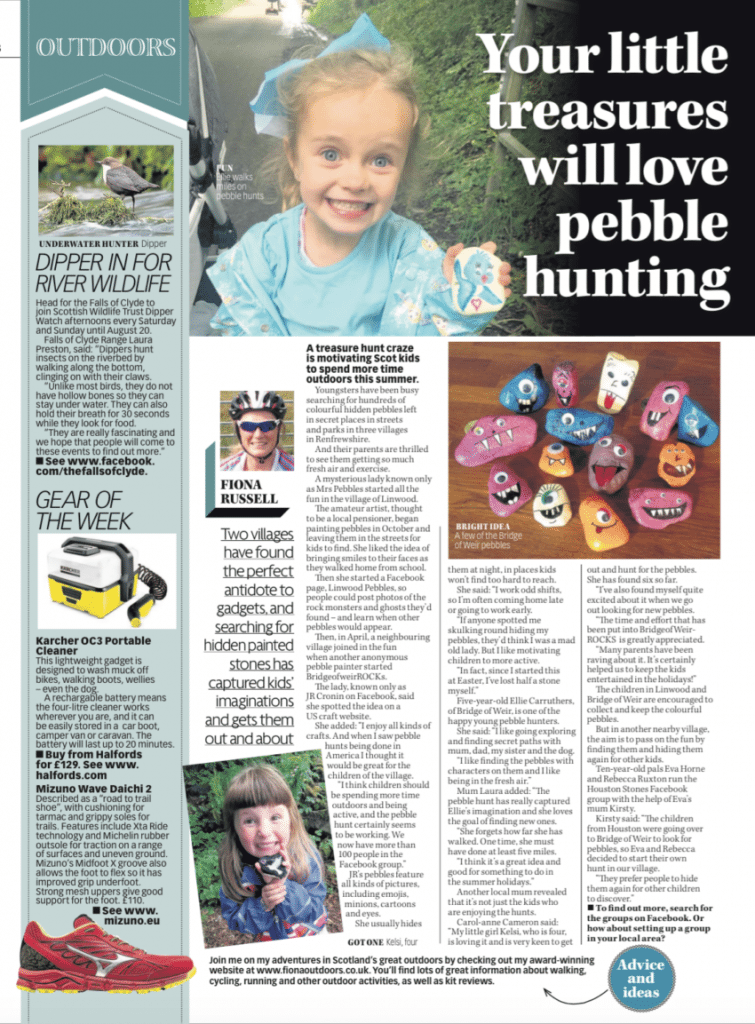