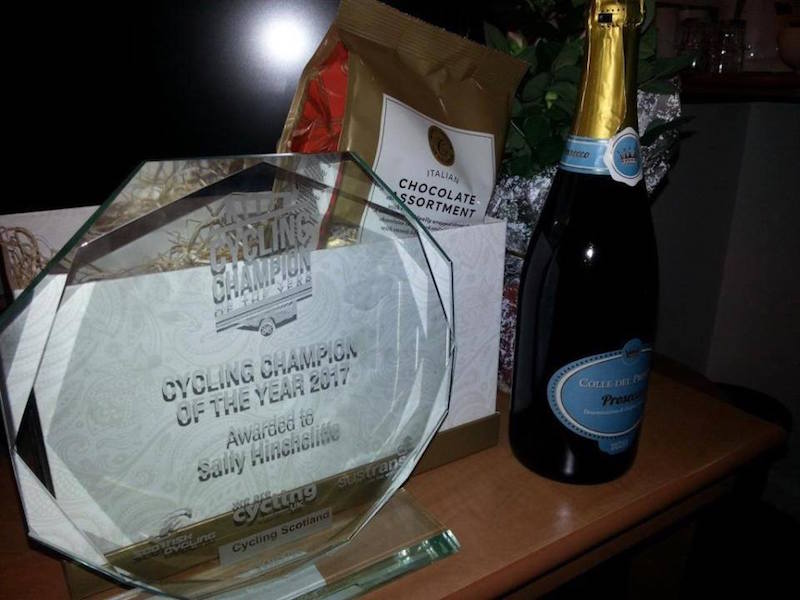 The Cycling Champion of the Year Award is presented to an individual whose contribution has made a significant impact on cycling at a local, regional or national level. The accolade is awarded jointly by Cycling Scotland, Cycling UK, Scottish Cycling and Sustrans Scotland.

Highly Commended in Cycle Champion of the Year Award was PC Dominic Doyle for his work on Police Scotland’s Operation Close Pass. The campaign has achieved national recognition and support and, as well as inspiring similar schemes across Scotland. 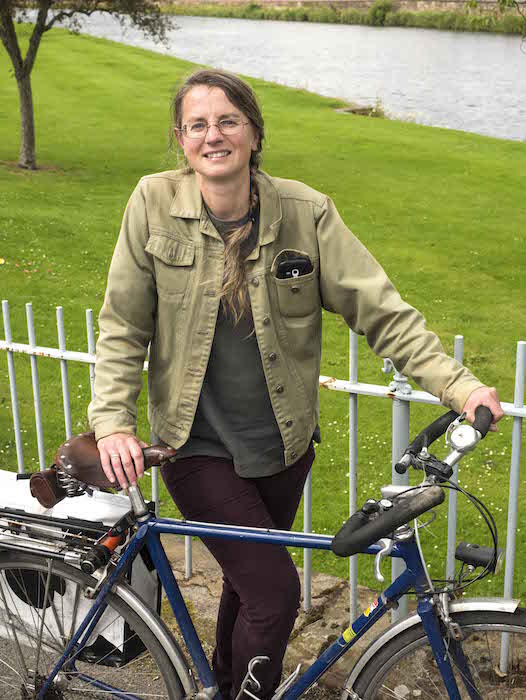 Sally is a tireless cycling campaigner who has led, created and co-founded a range of successful groups and campaigns.  These include the Cycling Embassy of Great Britain, Pedal on Parliament, the Women’s Cycle Forum and Cycling Dumfries.

Partnership is key to her approach, encouraging committed individuals and organisations to trade ideas and work together.

In 2017, she co-organised the “We Walk, We Cycle, We Vote” campaign, which positively highlighted to politicians the key priorities for cycling and brought together more than fifty groups across Scotland.

After receiving theCycling Champion of the Year accolade Sally said: “I’m honoured to get this award and I’ve been inundated with congratulations, which makes me feel a bit of a fraud because I’ve always campaigned as part of a larger team.

“But I think it shows that our campaigning is working, people are starting to take notice, and hopefully I can use it to add more power to our elbows – locally and nationally.

“Things are changing for cycling and walking in Scotland but not fast enough, so I won’t be resting on my laurels, at least not yet.”

Chris Johnson, Head of Training and Education at Cycling Scotland, said “It has been inspiring to sit on the panel and learn of all the incredible work that nominees are involved in to develop cycling in Scotland.

“Both Sally and Dominic have used their passion and commitment to demonstrable effect, influencing others and championing the benefits of cycling.”

“Sally is a prolific and well-respected cycle campaigner, who has worked relentlessly to make cycling an accessible transport option for all, while Dominic’s role in Operation Close Pass has significantly improved the safety for people who already cycle and raised public awareness of close passes when driving.

“These worthy winners have made a huge contribution to cycling in Scotland over the last year and we are proud to support their activities.”

The award was presented by Bailie Philip Braat at a reception hosted by Glasgow City Council.