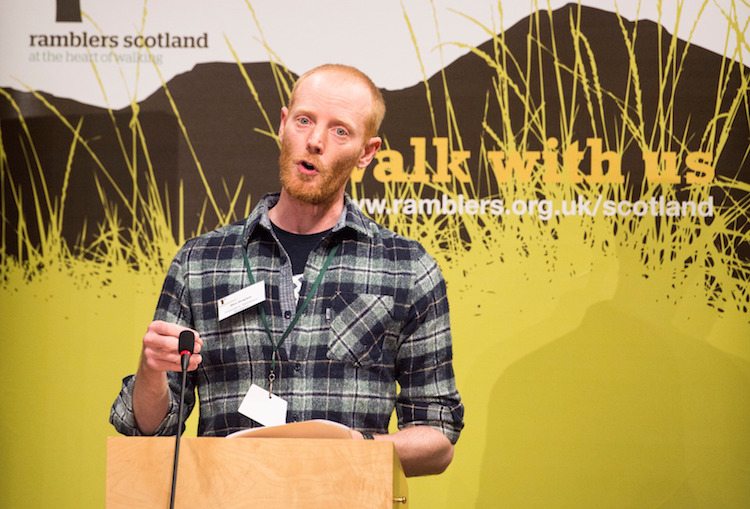 It’s easy to forget the ground-breaking outdoor access rights that Scotland enjoys. Many people take it for granted that we have a right to roam, so long as we behave responsibly. Yet the access rights were hard fought and are still relatively new.

I attended a Scottish Parliament evening last week, alongside outdoor personalities, politicians and access campaigners, to celebrate the 15th anniversary of the passing of the nation’s world-class access legislation. It was a very enjoyable event. 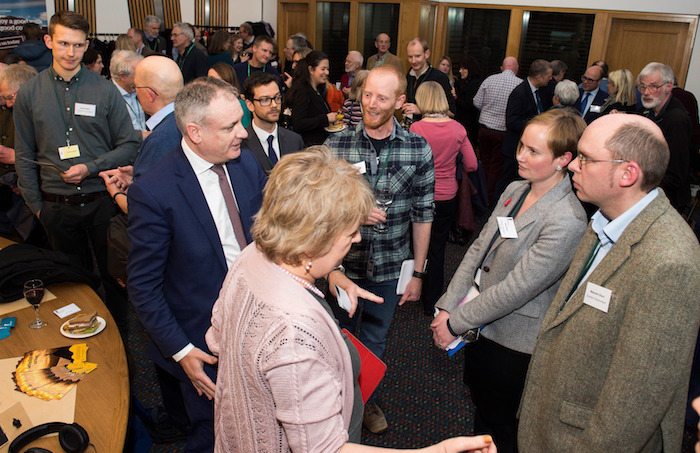 A busy evening at the parliament. 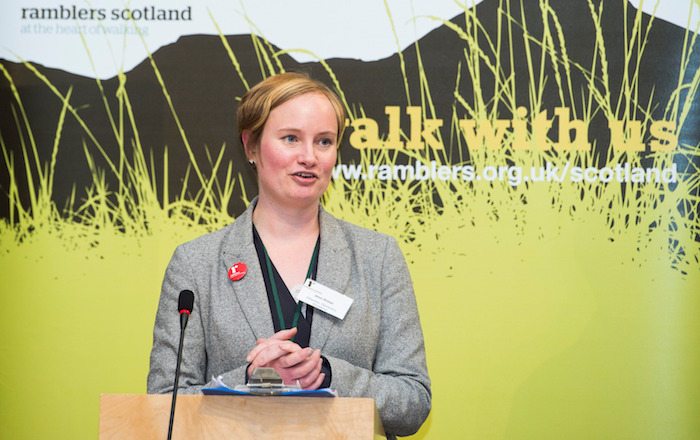 Following many years of campaigning by Ramblers Scotland and others, the 2003 Act secured rights of access to most of Scotland’s land and inland water for walkers, cyclists, horse-riders, canoeists and other non-motorised users – provided those rights are exercised responsibly.

Event sponsor Richard Lochhead has lodged a parliamentary motion praising all those who have made the Act a success, from outdoor organisations and volunteers, to land managers and public bodies. His motion – which has been supported by 25 MSPs so far. 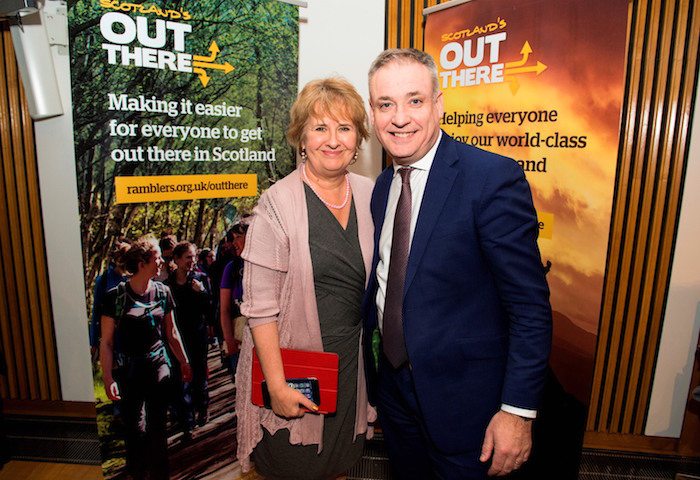 Roseanna Cunningham, Cabinet Secretary for the Environment, Climate Change and Land Reform, said: “It’s been fantastic to celebrate the benefits of the outdoors and mark the progress that we have made on access since this legislation was introduced.

“Thanks to the work of Ramblers Scotland and other initiatives to promote the outdoors I am delighted that we have seen the numbers of people taking part in recreational walking increase, which is great for people’s health and minds.”

Richard Lochhead, MSP for Moray, said: “The Land Reform (Scotland) Act 2003 remains one of the major successes of the Scottish Parliament in its first term, and there was strong cross-party support for the establishment of statutory access rights. I’m delighted to celebrate this achievement, and recognise the opportunity for us all to work together to encourage even more people to enjoy the health and social benefits of outdoor recreation.” 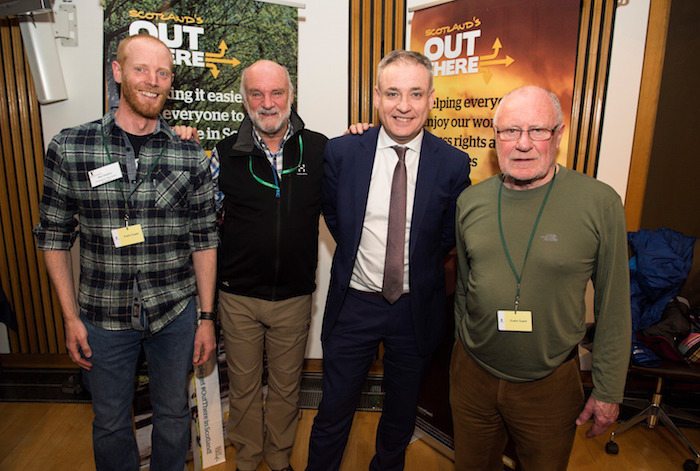 Ramblers Scotland launched a new #outthere campaign at the event. Out There aims to get more paths on the ground and on maps – to make it easier for more people to enjoy the benefits of Scotland’s access rights and landscapes.

Jess Dolan, director of Ramblers Scotland, said: “Fifteen years on since the passing of the Land Reform Act, there is so much to celebrate. Scotland is now firmly at the top of the outdoor access charts and recreational walking is booming, up 13% in six years.[i]

“Thankfully, conflict between user groups and landowners remains rare, due in no small part to the common sense approach of all – from farmers and foresters, to walkers and cyclists.

“Some 15 years from now we want many more people to benefit from our world-class access rights and landscapes, which is why we’ve launched our new Out There campaign.”

For more information on #outthere, go to ramblers.org.uk/outthere.