Have you tried?: Plogging in Scotland 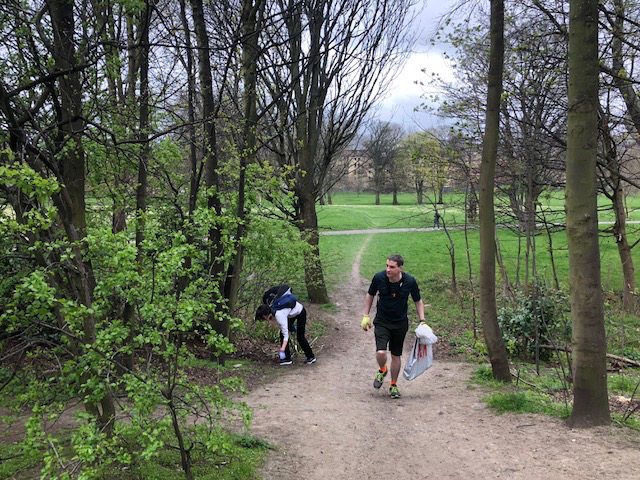 Plogging is an eco-fitness activity that was founded in Sweden and combines running with litter collecting. Now it is taking off in Scotland. I found out more…

The roots of plogging

The name is a hybrid of the Swedish phrase “plocka upp”, which means picking up, and jogging.

Tell me more: Environmentalist Erik Ahlström started plogging in the Swedish capital of Stockholm after moving from a rural area of his home country.

He was shocked by the amount of litter and wanted to do something active to change this.

He created the website Plogga to organise more plogging volunteers.

Plogging has now spread to other countries and has become a new trend in Scotland.

As a workout, it provides variation in body movements by adding bending, squatting and stretching to the running.

Who is it for?: Plogging is for people who like to be active and care about the environment.

Although littering is a criminal offence in Scotland, the problem is growing in many urban and rural areas.

The cost of clearing up litter – and flytipping – is increasing and this affects local government budgets.

Ploggers aim to keep fit while also tackling the anti-social behaviour of others. 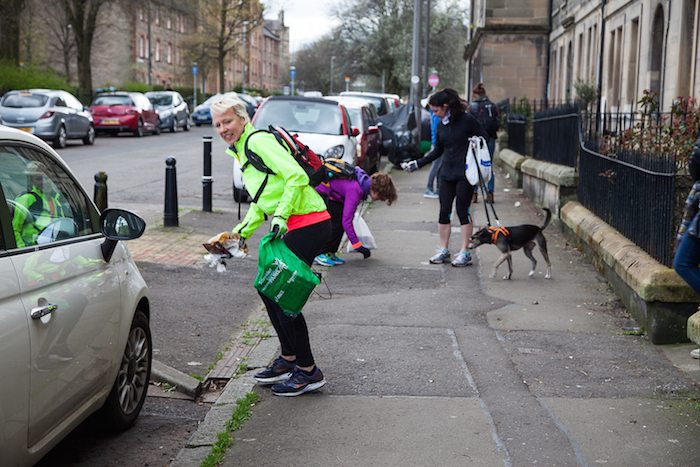 The first Scottish plogging group was set up in Edinburgh earlier this year by Anna Christopherson.

She leads regular plogging outings as part her jogging group, which has being going for 10 years, from the Joseph Pearce pub.

Anna reveals that public litter collecting is not new to her. She said: “I grew up in Sweden in the countryside and my family and neighbours would pick up rubbish as a matter of course.

“They still do this and it’s something I have continued to do myself.

“When I read about plogging I knew I immediately wanted to spread the word about the activity.”

JPSEdinburgh plogging on the beach.

Every few weeks, the JPSEdinburgh running group goes plogging in the capital streets and some weekend runs are extended to collect more litter.

Anna said: “On one weekend run of 10k we spent two hours plogging on the streets and in parks.

“We collected 37kgs of rubbish. It is not good that there is so much litter dropped by others but it did feel satisfying to do something useful about it.”

One of the plogging hauls from the Plogging Scotland ploggers.

Another group, Plogging Scotland, has since launched in the west of Scotland.

Founded by keen walker Gillian Craig, of Kilmarnock, the group has fast gathered members on Facebook.

Gillian, who runs a website called Gillian’s Walks, said: “I started the group because I thought it was a great idea and I wanted to create a national initiative.

“In just a couple of months, we have more than 1300 members which is very encouraging.

“People can organise plogging events, both walking and running, as part of the group and these are becoming more popular.”

They ran along the Cove Coastal Path and into woodland to collect bags of rubbish. They have plans for more plogging events locally this summer.

Some individual joggers have become keen solo ploggers. In Peebles, in the Scottish Borders, ultra runner Susan Gray includes a plogging outing as part of her weekly training.

And Emma Hepplewhite, who lives near Polmont, Falkirk, has started turning her 5k runs into plogging trips.

She said: “It’s annoying but people seem to throw a lot of rubbish away, especially out of the cars. The roads near to where I live are always covered in littler.

“I am also a member at Loch Lomond Sailing Club and during a recent run from there at Milarrochy Bay I was shocked by the litter I saw – and collected.

“I get some funny looks from passers-by while plogging but it feels like I am making a difference even in a small way.”

While most people know the benefits of jogging for physical fitness, plogging is also good for flexibility and strength.

Anna said: “I can run 10k and feel tired but not exhausted. If I go plogging for 10k I end up exhausted.

“All the up and down, bending and stretching is very tiring on top of the running.”

In addition, doing your bit for the environment can have benefits to mental health.

Anna said: “I feel sane after plogging. Running is good for mental health anyway and plogging makes me feel like I have done something for a better environment.”

What kit do I need?

Running clothes and trainers, plus a pair of gloves, such as those used for gardening, to protect your hands.

A reusable shopping bag or a rucksack lined with a plastic bag are needed to collect rubbish.

Read my Sunday Mail story as a pdf..

I wrote about plogging in the Sunday Mail