A return to track running session: Brutal but worth it 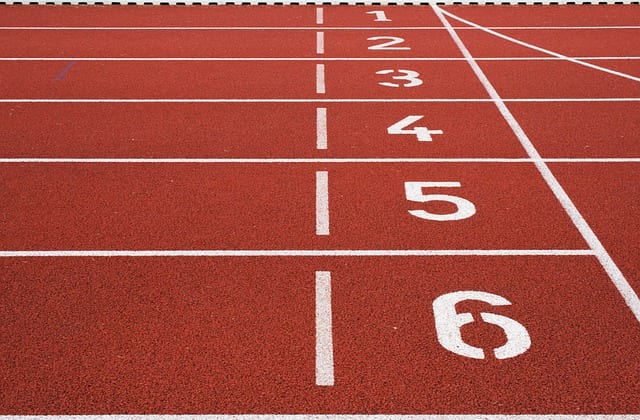 “Use it, or lose it.” My new mantra for my 50s… Thanks to one of my Fit Over 50 case studies, Maria, for reminding me of this important part of growing older with better fitness and health. (And a reason why I have returned to track running recently.)

Many, many years ago I joined Glasgow Triathlon Club because it offered track running sessions on the one night each week that suited my child care arrangements. (Single mum and all that…). I enjoyed the sessions although they were always tough.

I liked the shorter, sharper focus of running on a track – and I relished trying to chase down the person in front while ensuring the person breathing hard on my shoulder did not pass me.

Back then I was still in my early 30s and triathlon was new to me. In fact, I had only just run my first 10k and while I had been keen on sport most of my life, I had not focused on serious training or races for a long time.

The track sessions introduced me to good quality training – and to a group of friends that I still hold dear today.

I am still a member of this fantastic club.

My track sessions stopped when Scotstoun closed the track to do a refurbishment (was that 2008?). I think I did a few more track sessions with the club at another location but not for long.

The track running led to other club coached sessions including swimming, cycling and road running. I have since completed many races and made it to World and European age group championships.

However, for some reason, I had never returned to the track… Until last week. 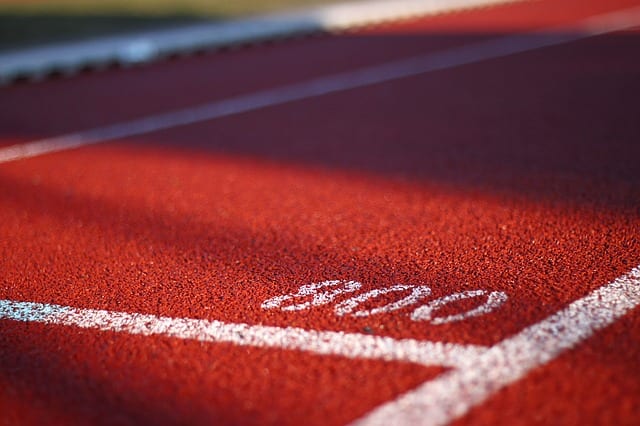 I have decided that 2019 will be a year of giving my body a bit of a physical jolt. “If you don’t use it, you lose it” said Maria Dye when I asked her for tips about staying #Fitover50.

I feel that I need to do new activities that use a greater range of muscles. Hence, I have joined HunterFit for a weekly weights-based circuits class. I am back on a mountain bike and I will be starting a Pilates session soon.  The track sessions also appealed because I thought they would use muscles that I have not employed for a while.

GTC has introduced weekly track sessions at Huntershill Sports Hub, Bishopbriggs, to the busy coaching programme and I have attended two weeks in a row.

I have discovered, again, that I thrive on these types of sessions.

Before setting out to drive to Bishopbriggs I am keen to find an excuse not to go. “It’s too cold, my legs already hurt too much, it will be painful, I need a rest day” etc. But then I force myself t get changed and get into the van.

I arrive feeling quite nervous about what the session will be but the warm up and chat among club members takes my mind off the prospect of running fast and hard.

Then we split into groups, according to speed and 400m times, and the toughest part of the session begins. Again, I feel nervous but there is something very focusing about running around a track according to an explicit set of instructions. You do not think of much else and simply get on with it.

Let me tell you that none of these laps were easy – and there was more to come after that.

The recovery time was short and as I pushed myself through the last 100m of each 400m lap I felt like I might be sick.

What kept me going was my own determination (I am very determined!) and the fact that I wanted to try to keep up with the guys ahead and stop a club member called Cat overtaking me from just behind. She did beat me to the line – just! – a couple of times. I am presuming that she saw me as the goal for over-taking, which is exactly as it should be.

Every single person on the track, whatever their fitness levels, appeared to be trying as hard as they could to run the laps.

And while the effort did make most of us feel pushed well outwith our comfort zones, by the end we were all smiling and happy to have completed a tough session.

Track running – and interval running in general – is a great way to improve overall fitness and specific running speed. I have also discovered that it uses muscles that I am sure have been dormant for a decade or more.

How have you been staying #fitover50?