A group of runners took on a challenging winter run to raise funds and awareness for a mental health charity. The project, dubbed Pyllon Endeavour, was led by the three-times winner of the West Highland Way Race, Paul “Pyllon” Giblin.

The aim was to run 192 miles out-and-back on the famous West Highland Way as a continuous relay in just one day.

The non-stop run, between Milngavie and Fort William return, included almost 30,000ft of ascent, which is around the same as the height of Mt Everest.

It took place in 65 per cent darkness and called for the athletes to run an average pace of seven minutes and 30 seconds per mile.

That’s is the same as running a 10k in around 46 minutes.

Incredibly, the team finished in 24 hours and six minutes.

This effort is all the more impressive given that it takes many people a week to walk the West Highland Way one way.

Pyllon Endeavour has raised almost £11,000 for the Scottish Association of Mental Health (SAMH).

It has also provided a platform for people to open up about their mental health.

Paul, of Glasgow, said: “The run was a big physical challenge for all of us but it was also about raising awareness of the benefits of running to mental well-being.

“So many people have spoken out since we started sharing our stories and the support has been overwhelming.” 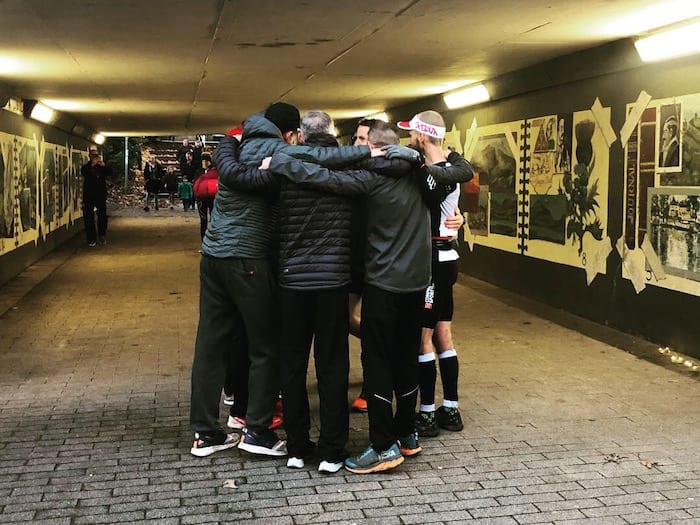 Running helps me to beat stress

One of the other runners was Graham Connolly, of Dumbarton, who has spoken frankly about how running helps him deal with the stresses of life.

He said: “When keeping on top of your mental health I think it’s important to address your life regularly in order to maintain a level of self-awareness.

“You need to be conscious of the rocks you’re carrying and how heavy they are.

“Running is my time for doing this. It gives me the head space I need to take stock of my thoughts and feelings – and to make sense of them.

“I know that running isn’t for everyone but time on Scotland’s beautiful trails is just what I need to empty my mind and repack it neatly and efficiently for the days ahead.”

What is the West Highland Way?

The West Highland Way is one of the world’s best-known long-distance trails. Every year, 36,000 people walk the route. Some 120,000 access the route annually. 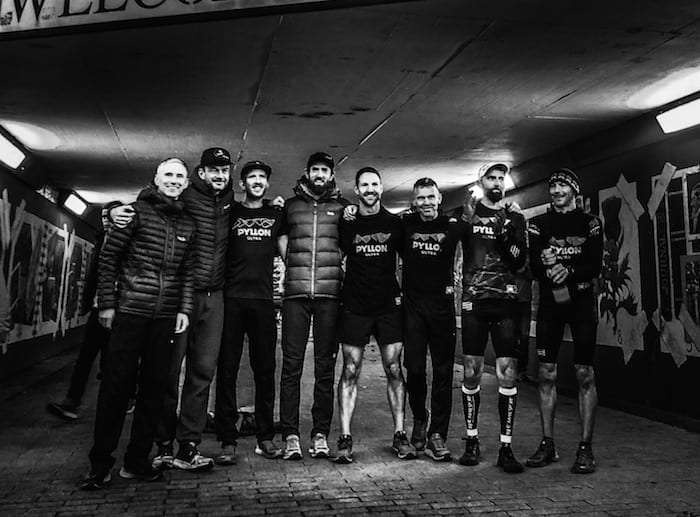 An integral part of the challenge was to run the out-and-back route in less than 24 hours.

Pyllon Endeavour started at Milngavie at 4pm on Friday November 16. They reached Fort William at around 4am.

But various route diversions and a few navigational errors in fog at night cost the team some vital minutes.

By the top of Loch Lomond on the return leg, they were down by 25 minutes on their target schedule.

The team broke down the remaining marathon distance into manageable sprint-size sections and they gave it everything they had.

Despite have many miles in his legs already, Graham ran a 5km personal best.

Another runner, Robert Turner, had run his section so hard that he vomited as he handed over the tracker to Paul for the closing section.

Arriving in Milngavie on the Saturday at just past 4pm, the team missed out on the sub-24 hour target by minutes.

Chris Chreegan, chairman of SAMH and an Edinburgh AC runner, was there to witness the closing stages of Pyllon Endeavour.

He said: “They didn’t do it to make a demonstration of their physical prowess, rather they did it to talk about mental fragility  –  theirs, ours, anyone who wanted to join in the conversation.

“There was a beautiful contradiction at the heart of their endeavour,  of the relationship between strength and vulnerability , the physical and mental.

“I believe we are at our strongest when we are prepared to be vulnerable – and these eight men showed us how.

“We are also very grateful for the donation to our funds.”

Paul stated that the challenge was also about community. He said: “It was about talking, sharing and being there for each other. For once, we were not competing against each other, but working together.

“We opened up and the community only grew stronger.

“We’re building safer spaces for people to talk and to listen and that helps us all to see the good that’s inside each of us individually.

“The challenge now is to maintain the channels of communication, to keep providing safe spaces for each other, and to build on what Pyllon Endeavour has started.”

You can still donate at www.justgiving.com/fundraising/pyllon-endeavour 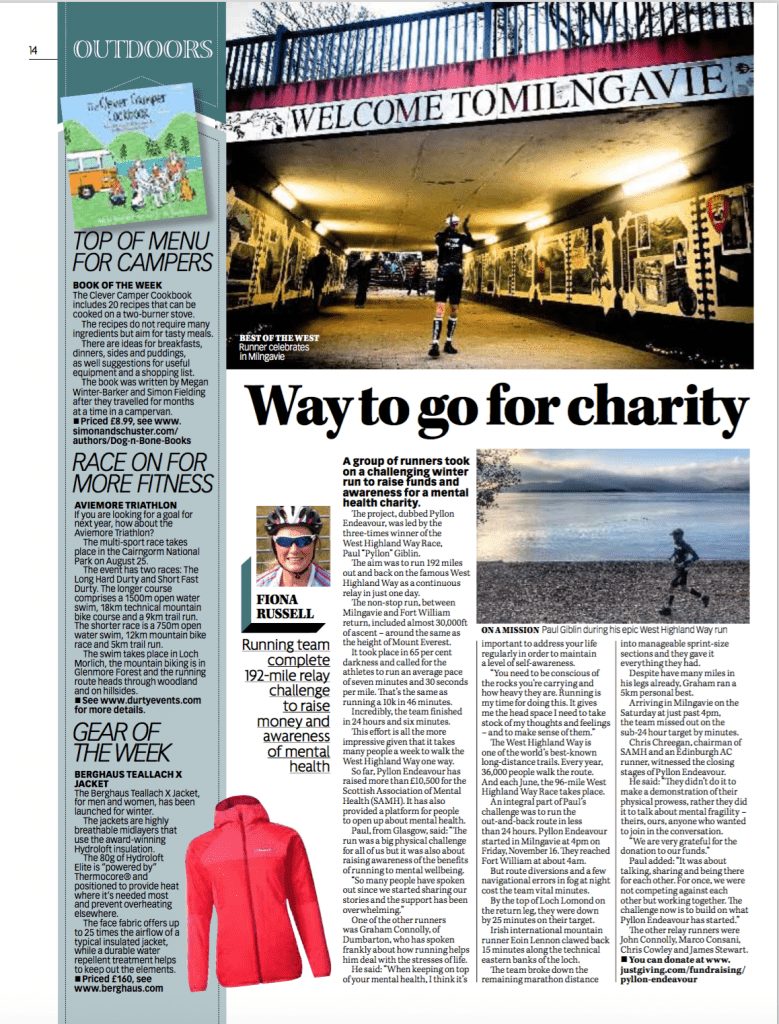