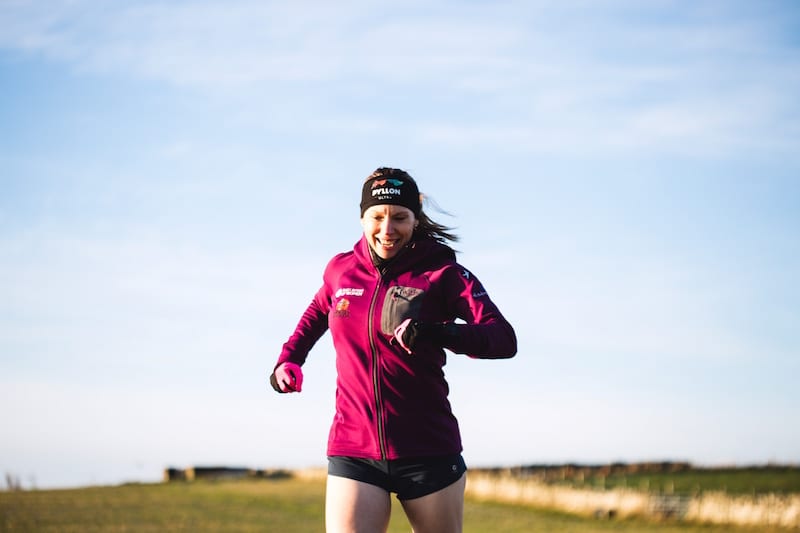 A runner from Orkney has set herself a mind-boggling world record bid. Erica Clarkson will attempt to run an ultra-marathon distance on a running track for the most number of consecutive days.

She has called the Guinness World Record bid the Meno Ultras to raise awareness of the menopause and to highlight the benefits of exercise for midlife women.

Erica is also raising funds for the charity, Wellbeing of Women, which she says “funds clever people to carry out peer-reviewed research into women’s health”.

Erica said: “People probably think I am mad but I would describe myself as mildly eccentric perhaps.

“I’ve never really done anything by halves and I definitely have a tendency to launch myself body and soul into things.

“I think that if you want people to notice what you’re doing and why you’re doing it, you’ve got to do something a bit unusual to get their attention.

“I didn’t think running anything other than an ultra-marathon distance every day for 12 days would cut it.”

Erica, a civil servant with responsibility for the Scottish islands, lives with her husband Adam, a music teacher, and their 12-year-old son Woody.

She describes herself as perimenopausal, a menopause transition that begins several years before the menopause. It’s the time when the ovaries gradually begin to make less oestrogen.

Until a couple of years ago, running even a 10k seemed unimaginable.

Erica says: “I suffered with a variety of perimenopausal symptoms including night sweats, tiredness, brain fog and very changeable moods. I also had really, really sore hips and a recurring niggle in my neck.

“Since I started running, building up my distances, I have felt so much better. I also have Hormone Replacement Therapy (HRT).

“The pain in my hips and the neck niggle have vanished. I still get the occasional night sweat, but they’re much rarer these day, and my energy levels are soaring.

“The biggest, most notable change has been in my moods. Running helps here, too, of course. I’m calmer, I no longer suffer from ‘cotton-wool brain’ and I have a really strong sense of serenity and peace.

“Two other happy side-effects are that my waist has come back and my hair is thicker than it was in my 30s.

“I’ve never felt better in myself and I attribute that to running and to HRT. I know that HRT remains controversial and that it’s not for everyone, but I’m a huge fan.

“The combination of hormone therapy and exercise has transformed my life.”

The challenge of a track running record

Running round and round a track will seem rather tedious to many people. Erica says: “I’ve done quite a few long training runs on the track over the winter and I can confirm it definitely can be monotonous.

“The hardest battle will undoubtedly be the mental side of the Meno Ultras. I intend to break down each day into smaller pieces, to cope mentally with the goal.

“I know that I’m going to have to dig pretty deep to keep body and spirit together, especially in the latter stages of the attempt when I’ll have more reasons to stop than to go on.”

Erica also has a team of supporters, including ultra-running legend and fellow Orcadian William Sichel.

Erica says: “William is a friend and he has kindly committed to help me through the darker days by running with me.

“We often train together and seem to just ‘lock-on’ to each other’s pace in a quiet companionship kind of way. Just having him alongside will keep me going. There’s no way he’ll let me bail out.”

Guinness World Records have set strict criteria for the female attempt to run an ultra-marathon distance (50km) on the most consecutive days.

Erica is also hoping to achieve a world record for the number of standard distance track marathons run on consecutive days.

Erica says: “There are rules for the record and that means I can’t let my mind wander too much.

“I’ll need to stay alert because the horror of completing the attempt only to find that I’ve broken one of their rules is unthinkable.

“It’s going to hurt. There’s a reason why it’s a world record and why it hasn’t been done before, but I’ll just take it one day, one lap, one step at a time.”

The training so far

Erica is a member of coached running group Team Pyllon and is coached by James Stewart, a GB 24-hour runner and Scotland 100k internationalist.

She says: “James knows a thing or two about running round and round a track for a very long time and he’s taking my running to another level. He genuinely makes me believe that anything is possible if I put the work in.

“I’m also a member of an incredible running group in Edinburgh called Race Fitness which is led by Kieron Ross. I attend the club when I visit the capital with my work.

“I’m a very proud ambassador for GB Ultras, too. The friends that I’ve made through these groups and the Orkney running community are my inspiration and, in part, I want to successfully complete the challenge for them.”

A training week is between 50 and 70 miles. A lot of time is spent on the track but with some mixed terrain training thrown in.

Erica is also sponsored by her local leisure centre,  The Pickaquoy Centre in Kirkwall, and completes around four gym and weights sessions each week.

For the mental side, she has been working on the treadmill – sometimes for hours – and you’ll often find her running “a very dull four-mile loop around my house over and over again”. She

says: “Sometimes I run this loop for  up to eight hours at a time. This is all helping to build mental stamina and physical endurance.”

A setback to the start date

Erica had hoped to attempt her Meno Ultras challenge earlier in the summer but she suffered  a major setback at the beginning of February when she ended up in hospital with a gut infection.

She says: “As frustrating as it is, I’ve had no choice but to rest, reset and wisely move the challenge back to later in the year.

“This means I’m now working towards the West Highland Way Race in June as my first goal and then I can dial back into the specific training needs to make the Meno Ultras a success in October.”

Because of her recent illness, which was not running related, Erica is having to reconsider her hydration and nutrition strategies.

She says: “I will not be using gels or sports drinks at all so I am trying some new things like sourdough sandwiches with homemade chocolate spread.

“I’ve even made my own electrolyte drink. It’s fairly disgusting, but needs must.”

Erica was also one of the guests, as was I, on the Oxygen Addict Menopause podcast.