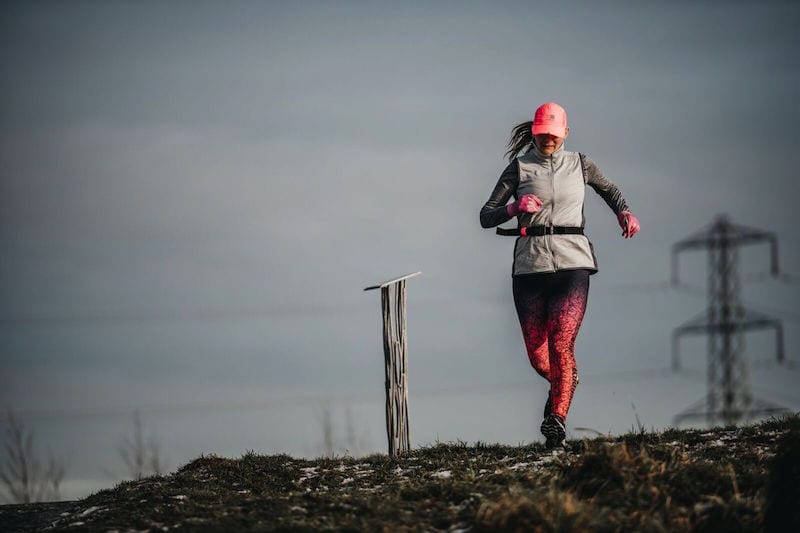 With a 50th birthday fast approaching, Annette Flaherty set herself a huge challenge to run 50 miles for 50 weeks. Now into her 10th week, she has already run a total of 450 miles.

The mum-of-two from Airdrie said: “There is still a long way to go to reach the target of 2500 miles in 50 weeks but I am very positive. My 10th week feels like a big milestone, although some people do still think I am crazy for taking this on.”

The year-long running challenge is also a fund-raiser for two charities, Funding Neuro, which supports the development of new treatments for serious neurological conditions, and St Andrew’s Hospice, a palliative care centre.

Annette said: “I work with the innovation company, Creation IP, which was founded by Bryn Williams. Bryn was diagnosed with Parkinson’s disease at the age of 36 in 2007 and he went on to launch the charity Funding Neuro.

“I have long been impressed by the amazing work they are doing using the Convection-enhanced delivery system to treat brain disorders, including Parkinson’s and DIPG, the deadliest children’s brain cancer. I wanted to do something to raise funds for this pioneering charity.”

St Andrews Hospice, which offers specialist care to people with life-limiting illnesses, is also poignant to Annette. She said: “The charity is local to Airdrie and during the last weeks of both of my parents’ lives we were offered support.

“They do amazing work for patients and their families, as well as in the wider community.”

Annette’s passion for running started in her late 20s when she entered the Glasgow Women’s 10K. She continued to run a few times a week after the event and a couple of years later completed the Great Scottish Run, which is a half marathon.

The following year, the day before her 31st birthday, Annette ran the Millennium Marathon in Glasgow.

Her second GSR was completed in 2009, the year that Annette turned 40 and when she returned to Scotland from living on the Isle of Wight.

She said: “Milestone birthdays and running seem to be a theme for me, but never before have I thought about running something to the scale of 2500 miles in a year.

“I wanted to mark the occasion of my 50th birthday somehow and the 50 miles per week for 50 weeks resonated with the turning 50 theme.

Annette, who has two daughters with husband Tom, runs once or twice each day.

She said:  “I am running twice a day some days and once a day others, depending on my other commitments. I mostly run around Airdrie and when it’s snowy or icy outside I run on the treadmill.

Annette says she feels very fortunate to be fit and healthy enough to do the challenge. She said: “I am enjoying the running so far and I know that it is a good idea for me to have a fit and healthy lifestyle as I go into my 50s.

“I hope that by doing this challenge I will be able to raise as much money as possible for my chosen charities.

“What I raise will be a pebble in the ocean of what they need but I want to do support both charities and every penny and pound helps.”

This article appeared in my Sunday Mail column.