The Lecht: Keeping it in the family﻿ 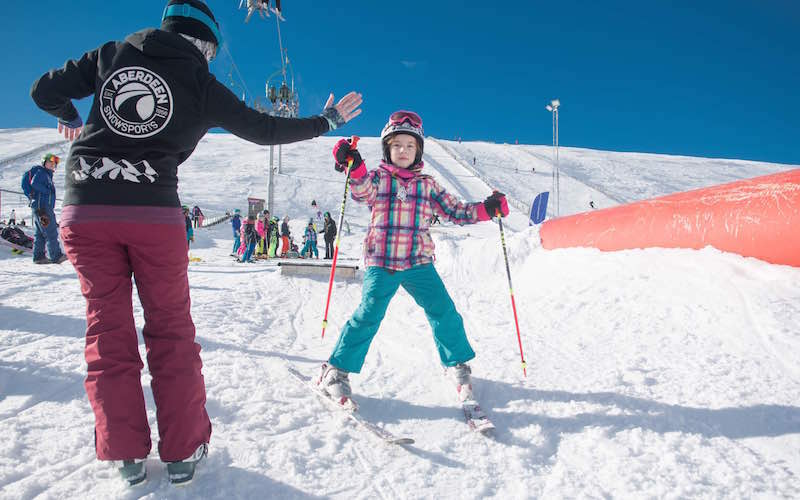 TArriving at The Lecht, a Scottish ski resort situated high in the Cairngorms National Park, I am surprised by the modern look and feel of the centre. A Day Lodge, which would not be out of place in the Alps, sits at the edge of a large car park and just to the side of a tarmacked road.

For some reason, when I was told about a historic ski resort reached on one of the highest roads in the UK between Tomintoul to Cockbridge, I envisaged a small, back-to-basics ski centre accessed via a poorly kept mountain track.

It turns out that The Lecht 2090 – to give it its Sunday name –  does have a great history yet it has also kept up with the times.

The ski mountain was started in the mid-1970s by James McIntosh and Pieter Du-Pon, along with co-directors Ronald Winram and Jim Petrie.

James was brought up in the local Strathdon area and then joined the Royal Navy in 1969, where he was part of the Navy Ski Team. This is where he met Pieter.

Before starting the Lecht, James worked at Glenshee as a ski instructor but he found it difficult to teach complete beginners because the slopes were too steep.

Being local, he knew that mountains close to his childhood home captured and held snow – and that the terrain would be more suitable for beginners and intermediates.

It was in 1977 that the small ski area of The Lecht opened. James, who is still at the helm as the operations director and hands-on manager, said: “There was nothing at the Lecht before, only a cattle grid and a layby big enough for three cars.  The Lecht started out with a couple of rope tows and a few huts.”

History in the making

A selection of photos taken at The Lecht through the past four decades.

Today, there are 13 lifts including a chairlift, two magic carpets and a special Rondell carousel that allows children as young as two to get to grips with sliding around on snow for the first time.

With 20 pistes, split around 25% beginner, 50% intermediate and 25% advanced, there is a good range for all abilities.

The Lecht has snow-making facilities, with a snow factory that can produce snow in any temperature, as well as snow cannons.

The Day Lodge has everything a skier or snowboarder might need under one roof. The noises, smells and atmosphere feel familiar; like many of the ski lodges I’ve entered on European ski trips.

On the lower ground floor is a rental department, with a large stock of skis, snowboards and boots in many different sizes. Opposite the ski hire is a ski shop, Boarderline, which is always useful for forgotten bits and pieces, such as buffs and gloves, or when you have some time for a little retail therapy.

Clothing equipment can also be hired from Boarderline.

Along the corridor is a ski school, where you can book lessons if you haven’t already done so by phone or on-line. The all-important toilets are also on this floor.

On the ground floor at the main entrance is the ticket office, as well as a self- service restaurant. The restaurant has hot meals, snacks and hot and cold drinks. On the first floor is a cafe bar, where you can enjoy drinks and snacks while also looking out at what is happening on the slopes.

Lesley McKenna, a three-times winter Olympics competitor from nearby Aviemore, is a regular at The Lecht. She brings her young daughter for lessons and snowtime fun in a “superb beginner friendly ski area”.

Lesley says: “It’s great at The Lecht, especially for children and beginners. There is a snow factory so the beginner slopes are open even when the natural snow hasn’t arrived.

“Everything is so easy to get to and the best slopes are located close to the Day Lodge. I think this is vital if you have youngsters because they will need the loo or a refreshment break quite frequently.”

Keeping it in the family at The Lecht

Today, Pieter is still managing director and James is operations director. James, then 66, was also awarded an MBE in the New Year Honours list 2018 for services to skiing and tourism in the north east of Scotland.

Alison, James’s wife, runs the catering side of the business. The couple continued to live in Strathdon with their young family until 1982, when they moved on-site.

Their three children have all worked at the Lecht. Son Nicholas is the chief groomer driver and maintenance person.

Eldest daughter Louise and her husband are employed on a part-time basis having taken on some of the financial administration.

Youngest daughter Annette works in the office selling the lift passes and takes care of general administration.  Even six-year-old granddaughter Emma loves to help out with the sweeping and mopping.

Pieter’s wife Marjorie ran the ski snow shop, which has now been passed down to her son.

Annette is very proud of the family business. She believes that the very fact that the business is family run means everyone is committed to making it a success.

She said: “Even though everyone has their own role, we all help out across the business where necessary. We do not have a set management structure and we’ve even had James and Pieter washing the dishes.

“In fact, the whole Lecht team, including family members and other staff, feel like one big family and without all their efforts it wouldn’t be the success it is.

“It’s always been like this; everyone puts in so much hard work behind the scenes.”

Why not visit The Lecht?

Find out more about The Lecht.

To find out more about all of the Scottish ski resorts see Ski Scotland.