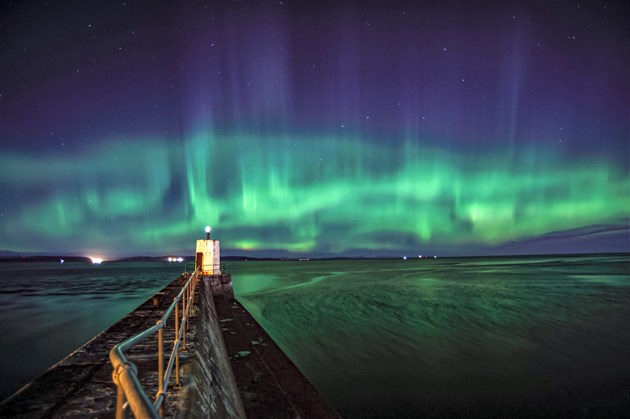 During the summer, NatureScot appealed to the nation for their treasured photos and memories of Scotland’s rivers, coasts, seas, lochs and canals, to feature in a celebratory calendar marking Scotland’s Year of Coasts and Waters (YCW).

With more than 700 entries, Scotland’s nature agency was impressed with the quality and selection of photographs.

Francesca Osowska, NatureScot Chief Executive, said “We were struck by the range of subjects captured, from underwater wildlife encounters to journeys through scenic waterscapes, spanning the length and breadth of Scotland, including our island treasures.”

Each of the 13 winning images showcase Scotland’s nature, with one on the front cover and the others each allocated a designated month. As the YCW 2020 events programme was subject to cancellation, the YCW celebrations will continue into 2021.

Entrants were asked to provide a story or memory to accompany the image, connecting with the next Themed Year in planning – Year of Scotland’s Stories in 2022.

“I’ve always been fascinated by sea urchins and how delicate they are, it’s always satisfying to find a completely intact shell when beach combing. They’re abundant in the waters around Shetland and these two were sitting proud on a section of rocky reef – the natural twilight lit surface really made them stand out.” Billy Arthur, Shetland

“A few of my friends decided they wanted to kayak in February – I suggested this location. I was having problems with my shoulder so I spent the day taking action shots and took some landscape shots in between those.” Kris Fraser, Kirkcaldy

February – Loch Lomond
“I went to Inversnaid to photograph the waterfalls but on arrival I thought this view across Loch Lomond towards Inveruglas with the snow-capped hills in the background made a very nice image.” Sam Smith, Ardrossan

“This turned out to be one of the best shows of the merry dancers I’ve had the privilege to watch. The waves of aurora weaved and waved, pulsing across the sky. The lighthouse added a bit of foreground and added proportion to the height of the aurora pillars and curtains.” Joss Ward, Nairn.

“With its fixed mouth and consequent sad expression, this curious little fish always seems a rather doleful little creature. Despite this it often peers out of its refuge at the camera as it seems to want to know what’s going on.” Paul Kay, Isle of Arran

“This was taken on the first day after full lockdown ended and features my wife on the morning of her birthday on Castle Semple Loch, Lochwinnoch with ‘Semple Temple’ on Kenmuir Hill in silhouette in the early morning sun. I‘ve paddled the loch for 40 years, and this one was as special as it gets.” Gary Fawcett, Lochwinnoch

“With so many birds, a first visit to the Bass is so overwhelming it’s hard to know where to look! I just sat down and watched the intimacy of this brooding gannet and chick preening and playing with the nest.” Danni Thompson, Larbert

“While staying near Kilmartin in Argyll, I heard about a young otter cub that was visiting the harbour regularly. I went to visit and saw this delightful young cub fishing and bringing crabs back to the shore to eat. I crept close and lay on my stomach to capture this image.” David Gibbon, Durham

“Taken after we’d visited the puffin colony at Castle O’Burrian on the eastern side of the island. I was particularly struck by the vastness of the sky and the way the couple walking on the beach seem so insignificant in comparison.” Gordon Lawrie, Dunblane\

“Waiting until the stars were fully out, I started my dive into the inky black depths of Loch Long. At 15m deep, I found this small (but fully grown) bobtail squid, Sepiola atlantica, as it was digging into the sediment in a bid to hide from me.” Jason Guthrie, Glasgow

“I like to go for walks and lately have been staying local. I saw a walk online through Fairlie in North Ayrshire which led to the Southannan Waterfall. I was amazed at how ethereal this location was, hidden behind masses of trees. Beautiful find.” Amanda K Smith, Kilmarnock

“There were plenty of grey seals on this small island in the entrance to Loch Eriboll. They were curious but not very used to divers so watched us curiously from a distance, dealing effortlessly with the surging waves as I clung to kelp.” Kirsty Andrews, Bristol

“Coming home through Kenmore there was a group of photographers, all with their tripods, crowded at the end of the beach. I just had to stop to check out what attracted their attention.” Helen Ostrycharz, Brookfield

The final calendar is available to view and download.