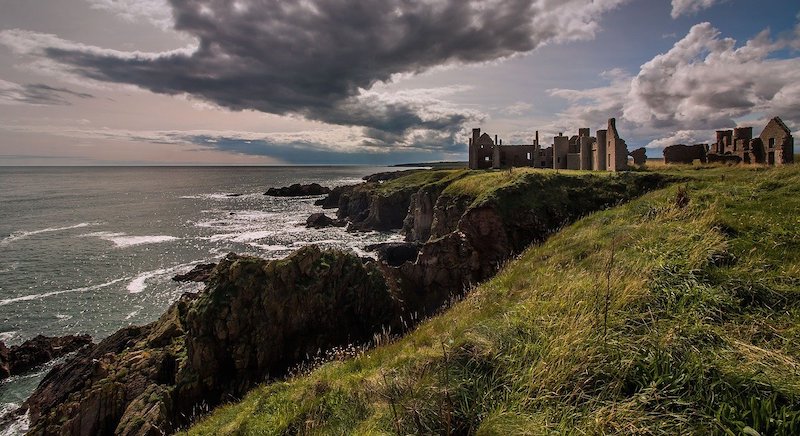 Curl up with a book and dream of Scotland.

There’s something special about getting lost in a book to escape to different worlds, stories and destinations.  This World Book Day, March 4, 2021, when it’s not possible to explore Scotland, readers can curl up with a book about Scotland or by a Scottish author and stay inspired for future travel.

This is the third novel from Scottish author Jenni Fagan. In the story, over nine decades, No. 10 Luckenbooth Close in Edinburgh bears witness to a changing world outside its walls. An infamous madam, a spy, a famous Beat poet, a coal miner who fears daylight, a psychic. These are some of the residents whose lives are plagued by the historic tenement building’s troubled history in disparate, sometimes chilling ways.

Historically,  Luckenbooths – from which the book takes its name – were a range of tenements that formerly stood immediately to the north of St Giles’ Cathedral on the Royal Mile.

Originally published as a serial in The Scotsman newspaper, Alexander McCall Smith has gained a loyal following with his series of novels 44 Scotland Street.  The books cover the comings and goings of a group of residents at the address in the name (which is based upon a real street in Edinburgh) and the stories bring the city to life.

Scotland Beyond the Bagpipes by Helen Ochyra (published in 2020)

Travel writer Helen Ochyra has written this comprehensive, illustrative book about Scotland, covering everywhere from Edinburgh and Fife, to Stirling and the central belt, to the Isle of Arran and the west coast.

Readers can follow in her footsteps as she loops around the country, a solo, three-month journey she took in 2017 in the wake of her mum’s death.

She writes: “Scotland has shown herself to be fascinating.  From her energetic, wild communities forging a life surrounded by mountains … to her ridiculously beautiful island landscape….”

Seven years after her mother’s death, the author trekked through the Outer Hebrides in the company of a friend and their Highland Ponies.

Leonie Charlton blends travel and nature writing with a memoir after her life and her mother’s death in a beautifully written account of grief and acceptance.

Author Ann Cleeves is famous for her crime novels set in Shetland, which have been adapted into a BBC TV drama, and this is the first book in the series.

It follows DI Jimmy Perez on the trail of various grisly goings-on in Shetland.  The book was originally intended as a one-off but there have been eight books published in the series, including Wild Fire published in 2018.

Report for Murder & My Scotland by Val McDermid

Another famous literary doyenne of Scottish crime fiction is Val McDermid, whose first book Report for Murder was published in 1987.  The reader is first introduced to self-proclaimed “cynical socialist lesbian feminist journalist” Lindsay Gordon – McDermid’s pioneering character – as she investigates the vicious murder of the headliner at a fundraising gala.

McDermid has since written around 40 novels that have been translated into multiple languages.   Her book My Scotland, which is a look at the author’s personal journey through Scotland and how she has used distinctive settings, was published in June 2019.

The Shadow Man by Helen Fields

Author Helen Fields joined a strong company of female authors writing crime fiction with the publication of Perfect Remains, in 2017.  The first book in a series covers the trials of DI Luc Callanach, a French police officer investigating murders in Scotland’s capital.

The Shadow Man is a new standalone novel from the same author, also set in and around Edinburgh.  This time readers follows FBI profiler Connie Woolwine as she is called upon to help investigate a murder and a series of kidnappings in the city (including some heart-stopping moments around the city’s New Town and historic closes off the Royal Mile).

As the Sunday Express suggests: “Rosie Gilmour is a captivating character who drags the reader along at breakneck speed.”

Legend has it that author Stevenson’s 1869 visit to Unst – the UK’s most northerly inhabited isle – inspired this classic tale of adventure.  He would have visited the island with his father, the lighthouse engineer Thomas Stevenson, on a trip to Unst and Muckle Flugga to inspect the lighthouse that Thomas and his brother David had started building in 1854.

However, there are those who are argue that it was the island of Fidra, based off the East Lothian coast, that provided the inspiration.  The brothers designed more than 30 lighthouses around Scotland’s coasts and the young writer would have seen most if not all of them.

Either way, it’s difficult not to find some hints of the beauty of Scotland’s coast throughout the prose.

The Prime of Miss Jean Brodie by Muriel Spark

Famous for its association with Scotland’s capital, the book was also made into an Oscar-winning film starring Maggie Smith.

Miss Brodie is an eccentric teacher at an elite Edinburgh girls’ school whose progressive views and teaching methods are called into question.  Edinburgh is woven throughout the pages of the novel and various locations in and around the city – including Greyfriar’s Kirkyard, Barnbougle Castle and Dalmeny House – were used during the making of the 1969 film.

(For delivery – and visiting when it’s safe to travel.)

Located in the beautiful Scottish Borders, the Mainstreet Trading Company opened in 2008 and has a bookshop, as well as a deli, homeware shop and café.  Whilst the café is currently closed, the deli is open and the bookshop and homeware shop are open for click and collect.

An independent bookshop located in the city’s bohemian Stockbridge area, Golden Hare Books usually welcomes browsers with a wood-burning stove and shelves upon shelves of the best new books and non-fiction.

Currently the bookshop offers an online shop and their unique PostBooks monthly reading subscription (available to addresses in the UK and internationally).

Category Is Books is an independent LGBTQIA+ bookshop in the southside of Glasgow.  Although the bookshop is currently closed due to Scotland’s COVID19 restrictions, it is still offering home delivery for all queer books, magazines, comics and zines over this time (they also ship worldwide).

Located on the town’s High Street, and within the Cairngorms National Park, this independent bookshop is currently closed due to restrictions but still selling a vast array of books by mail, including children’s and Scottish interest, which are listed online at https://thebookmark.co.uk/.  Contact the book shop to place an order via https://thebookmark.co.uk/contact/  or call on (01479) 873433.

The area, which covers Scottish Borders, Dumfries & Galloway and Ayrshire, is a treasure trove of literary links and stories.  Robert Burns was born in Ayrshire, lived most of his life in Dumfries and was inspired by the beauty of the area for many of his works.

In addition, Peter Pan creator JM Barrie spent his childhood at Moat Brae in Dumfries and the building is now a literary destination for all ages.

The Scottish Borders, on the other hand, is well known as the birthplace of Sir Walter Scott whose works included Rob Roy and Waverley. Abbotsford House, on the banks of the River Tweed, is a stunning place to visit (when it’s safe to do so) to explore the writer’s legacy.

In addition, book lovers should plan to visit Wigtown, known as Scotland’s Book Town. Home to the famous Wigtown Book Festival (which is going online 3-6 March 2021), Wigtown is home to around 20 book-related businesses, with new and second-hand books galore.

While known as the home of Jute, Jam and Journalism, Dundee’s other literary links might not be as well known.  It is reported that author Mary Shelley was inspired by Dundee’s industrial landscape to write parts of her most famous work, Frankenstein.

Shelley spent 15 months of her life in Dundee between 1812 and 1814 and would write later that, “I made considerable visits to the more picturesque parts but my habitual residence was on the blank and dreary northern shores of the Tay near Dundee … they were not so [dreary] to me then; They were the eyry of freedom and the pleasant region where unheeded I could convene with the creatures of my fancy”.  (As quoted in The Courier)

In addition, Kate Atkinson is a graduate of Dundee University and went on to write bestselling novels such as Life After Life and the Jackson Brodie series.

As well as Frankenstein, Scotland can arguably lay claim to providing the inspiration for another horror literary masterpiece: Dracula.  It is said that Bram Stoker was inspired by Slains Castle in Aberdeenshire (also known as New Slains Castle) when writing the novel, having spent a windswept day near the imposing castle on the cliffs of Cruden Bay.

For more suggestions of books to read about Scotland, check out:  www.visitscotland.com/blog/scotland/must-read-books/