My menopause: The Merina coil, oestrogel and an update on fitness 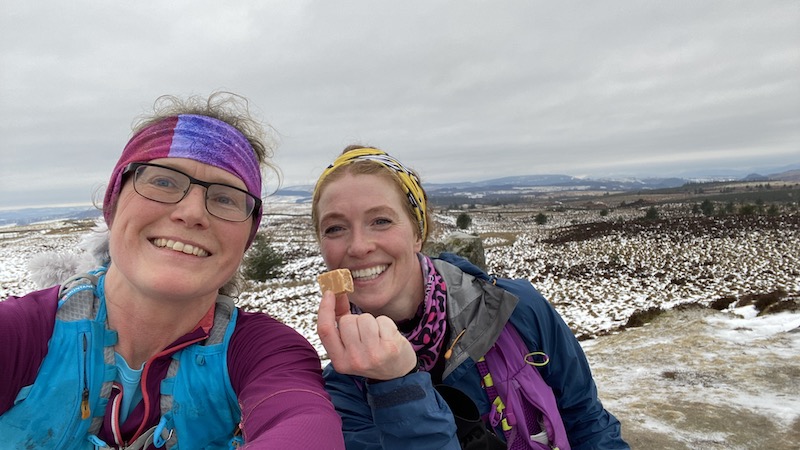 Friends and laughter are great for getting you through the menopause years.

I haven’t written about my menopause for a while but there have been a few changes to report – and I am soon to host a talk for Scottish Cycling called Cycling through the Menopause.

I am almost 53. I think I have peri-menopausal for around a decade. I have no idea where I am with it all because I have been on HRT for several years.

Until recently, I took Elleste Duet 1mg. This worked well for at least two years and many of my symptoms were reduced, including muscles cramps in feet, legs, abs, shoulders and hands; migraines; itchy skin, UTIs and memory loss.

For two weeks or so each month, I felt fine, then for the other half of the month I had “hyped” symptoms of PMT. I got anxious, depressed, emotional and suffered with insomnia and hot sweats. Plus, I felt fatigued and bloated.

I sought help from a menopause consultant at the Sandyford clinic in Glasgow (they did a greeat phone call consultation for free). She suggested I ask for a new version of tablet-based HRT, Utrogestan for the progersterone top up and Sandrena oestrogen gel.

My GPs duly agreed and I got the prescription, but for some reason I was loathed to switch form what i knew, even though it wasn’t perfect.

I was also aware of the shortages of HRT and decided to use up what I had before moving to the next type of HRT.

Also read: 16 things I have learned about the menopause.

A biopsy and a sudden coil insertion

A bout of very heavy periods (for a week just a few days after a week of more normal bleeding) led me to call my GP late last November. While periods can be unpredictable during the menopause years, unusual bleeding should be checked.

The GP sent a referral to hospital for a biopsy. The appointment arrived surprisingly quickly (even during the Covid pandemic) and I attended.

During the chat with the consultant, she asked why I did not have a Merina coil. I explained that in my early 40s, my GP, a Sandyford clinic doctor and then a hospital specialist had all tried to insert a coil but failed.

The final try had been under general anaesthetic and it had also been unsuccessful. I can’t recall why but it was something to do with an odd shape internally or possible a fibroid. I decided enough was enough and I would try to cope with my symptoms at that time (heavy and irregular periods).

The most recent consultant said that if she could gain entry to my womb for the biopsy, then she would try to insert the coil. I nodded but didn’t believe her.

She told me, as I knew already, that the best system of HRT is a Merina coil (for progesterone) and oestrogen gel rubbed into the skin daily.

If you take oestrogen and still have your ovaries you must take progesterone. Oestrogen cannot be unopposed because it may lead to a build up of the lining of the womb, which in turn, may lead to a higher chance of cancer.

A long story short – and a lot of pain and post-procedure nausea – found me leaving the hopsital some two hous later having had a biopsy (still no results) and with a Merina coil. At the time, the pain of insertion was horrendous, but I would do it again because the coil stays put for five years.

Merina coil, gel and my menopause

It was on December 9 that the coil was inserted. I started with Sandrena oestrogen gel (1mg). At first I used one a day and then upped to two per day when many peri-menopause symptoms returned, such as insomnia, anxiety, migraines and fatigue.

When these ran out, my GP said I could not contine to use the sachets at such a rate, apparently NICE guidelines stated this, and so I was moved to oestrogel. Confusingly, I am allowed four pumps of oestrogel, amounting to 3mg. This is 0.75g per pump. Goodness knows why it has to be so complicated and, also, why I can have 3mg of one form of oestrogen gel but not of another.

I much preferred the sachets because they were less watery and much easier to apply.

Meantime, the Merina coil started to settle. At first, I bled every day. It wasn’t a lot of blood, on many days not enough to even use a sanitary towel, but I was non-stop spotting for about two months.

Now I have very little and mostly no bleeding. I have no idea where my cycle is and I think that the one day every so often when I do have a tiny bit of bleeding, this will be like my period week.

The benefits of the Merina coil are that there is a lot less bloating and water retention. I feel that generally I have put on a layer of fat over the last five years and this maybe due to general ageing, lower muscle density and thus a lower metabolism, less intense exercise and living with a husband who likes sweet foods (this has rubbed off on me a bit).

But previously, the bloating of my stomach and thighs had been very noticeable. Now I don’t think it fluctuates too much. This makes me feel a bit better about myself.

In my opinion, the Merina coil has been a positive.

I think the oestrogen is finally settling most of my symptoms, too. Night-time is the worse time for me and I rarely sleep for more than a few hours at a time. I often wake up and then have hours of whirring thoughts and anxiety. This cause a general feeling of fatigue.

The hot sweats are worse at night, too, and in the day if I feel stressed or irritated. I also get cold bouts. It’s like the hot sweats, only I feel chilled.

I have not had a migraine for weeks (I was getting about three a week) and I am generally less emotional and stressed. However, a lot of this could be due to the fact we have finally moved home after a five-month protracted house sale.

An acceptance of the menopause

I guess no one wants to feel the effects of age and few women got through their 40s, 50s and 60s without bemoaning their hormones. I feel as though I have suffered quite badly with menopause symptoms but I am also generally hard on myself.

Since being a teenager I have never felt comfortable in my body and I am very unkind to myself about what I look like. Just now, I am not a fan of my physique and I can see only the extra fat deposits of my menopause. The lumps and bumps disgust.

One thing I am grateful for, which might seem silly to many, is the Flanci range of skorts and scapris for bringing confidence to wearing Lycra for sport. The skorts cover those areas many women are not so keen on and come in many brilliant and funky designs.

But I continue to stay as fit as I can and I am hugely grateful to a small group of friends who have kept me motivated and smiling through the various lockdowns. I am also lucky to have a husband who listens, understands and tries to empathise (most of the time!).

I know I will never be as fast or as sleek as I was but I also know I am not doing badly at this stage in life. I am happy to have an adventure, even if I walk more than I run on many routes. I prefer not to beat myself up by racing. I still try to challenge myself and I am aware that now, more than ever, strength training is vital for maintaining muscles.

I have accepted that I am menopausal – I like Davina McCall’s phrase: “Menopausing” – and I am coming to terms with the ageing process. There are so many women who are far more aware of the menopause these days and that has to be a good thing. Also, thank goodness for HRT.

We can talk, share and support each other. Why not join the free Scottish Cycling talk on Monday, appropriately on International Women’s Day? I am sure that even just a few years ago, a talk about sport and menopause would not have been high on the agenda.