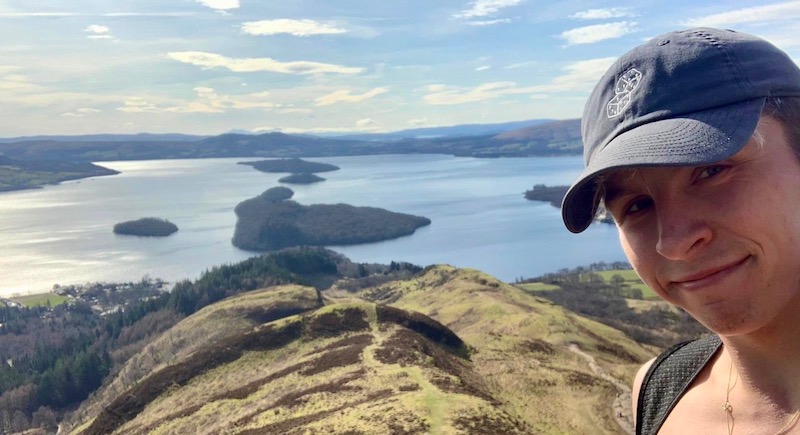 James on a training run on Conic Hill.

Mental health campaigner James Semple, who attempted suicide last year, is planning to run the 96-mile West Highland Way in a day. The 22-year-old from Drymen, Stirlingshire, is raising funds for the Scottish Association for Mental Health.

In August, James was rushed to hospital after an overdose. Nine months on, he will take on his West Highland Way Ultrarun. The challenge on May 1 is almost four marathons back to back.

James, who now lives Glasgow and has struggled with depression and anxiety for some time, started training started in December. He runs four times each week, no matter the weather conditions.

He says: “I’ve come to realise how running has given me great pleasure. I find it a release from day-to-day life. It’s something that I’ve become passionate about as the feeling I get from after a run is amazing. It also allows me to clear my head and reset.”

Opening up about his experiences, James, a former pupil of Drymen Primary School and Balfron High School, has made a powerful video on his fundraising site.

In the video, he states: “I’m not a psychologist or a therapist. I can’t tell people how to start feeling better but I hope I can inspire people… Pushing myself physically and mentally to show no matter how bad things may seem … there is always hope.

“It’s so hard for people to come out in the open and admit that they fear they’ll be looked at or treated differently. We’re all human beings. We struggle with real life. Does that mean we’re different? Not at all.

“I’ve lived a pretty good life but at times I can feel useless, unworthy and a failure. Those feelings have been the hardest things to deal with.”

James, who is also an accomplished skier, spoke with his psychologist, who helped him to realise the extreme way he has of dealing with extreme emotions is to harm himself.

James said: “All I want is to live a normal life and be happy. I’m doing this run to show people who feel like this, no matter how low you are, your life is worth living.”

He said: “That wait can be the difference between life and death. Suicide rates are increasing and without change they will go higher. If I break my arm I’ll be seen in minutes – why should anyone with mental health problems have to wait months? That’s just wrong.”

Running the WHW for charity

James hopes people will donate to his SAMH fundraiser.