Mark Beaumont’s thirst for long-distance bike rides has seen him complete his latest epic ride, this time a 521-mile non-stop circuit of the new North Coast 500 route in north-west Scotland.

Fresh from smashing the Guinness World Record for cycling the 6,718-mile length of Africa, the Scottish adventurer rode a total of 521 miles from – and back to – Inverness in an impressive 37 hours and 58 minutes.

He got off the bike only twice, to fix two punctures, but apart from that he rode through day and night and in some tough conditions.

He says: “This ride is the furthest I’ve ridden in one non-stop outing by a very long way. The previous PB was 270 miles. The NC500 was hard and exhausting but there were many highlights, too. This part of the country is so beautiful and so rich in wildlife. I would thoroughly recommend it to other cyclists.”

The #NC500 was only recently launched and has already gained acclaim in Now Travel magazine as one of the top six coastal road trips in the world. It is being hailed as Scotland’s answer to America’s Route 66.

Supported by Visit Scotland and the North Highland Initiative, the route has been ear-marked as one of the top new routes for cyclists and lots of challenges, including steep gradients and hairpin bends.

The route starts and finishes at Inverness castle and can be completed clockwise or anti-clockwise. It heads through the counties of Caithness, Sutherland and Ross-shire, taking in spectacular scenery and famous attractions such as the Bealach Na Ba, voted as one of Britain’s best cycling climbs.

Mark says: “As soon as I saw the route I knew I wanted to ride it. Then I thought about how I would like to race it, especially if my legs were okay after the Africa ride.

“Having cycled all over the world, I still believe Scotland has some of the best cycling, and my favourite area, outside of my familiar Perthshire training ground, is Scotland’s north coast.” 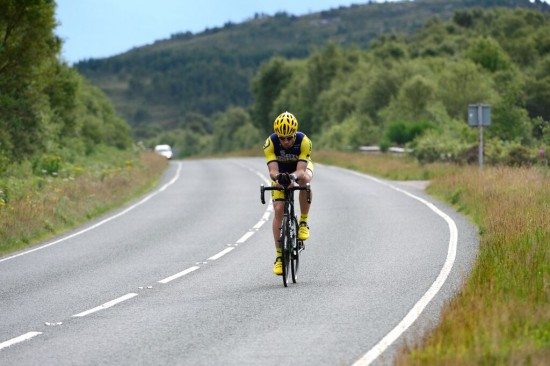 But Mark was still surprised by how hard the route turned out to be. He says: “People have been asking about my average speed of 22km per hour, which isn’t the fastest, but they haven’t taken into account the terrain.

“There are many sections of the NC500 that are very hilly. The Drumbeg Road in the Assynt area – known as the Mad Wee Road of Sutherland – was truly tough with lots of sharp ups and downs.

“There are plenty of long, slow climbs, too, and no-one should underestimate the extremes of this route.

“People talk about the Bealach Na Ba as being the toughest hill climb but there were plenty of other climbs that were hard and challenging.”

However, most cyclists will probably choose to take a week or more to ride the full circular route. (It’s said to be 516 miles but Mark clocked 521 miles while riding it.)

Mark says: “It would be possible for experienced cyclists to do the route in four or five days of challenging cycling but to really enjoy the route I’d suggest it is ridden over a week. I decided to go for it non-stop simply to promote the new NC500 and to maybe set down a precedent for future cyclists. I imagine someone will go out to try to ride it faster than me and I expect they will do that.”

Unlike other long rides, this time Mark was supported by a team in three vehicles and a motorbike. He was able to “feed” in liquid form while still riding, which allowed him to make maximum progress during the ride that started at 6.15am on Monday August 10 and continued into Thursday, August 11, 2015.

He says: “It felt quite luxurious to have a support team and not to be carrying all my own gear. I mostly consumed liquid food, which is easier to digest while cycling, although I did have a few peanut butter and jam sandwiches. The aim was to take on 250 to 300 calories per hour.”

Mark says another highlight of the NC500 ride was the people who came to ride with him and the crowds that turned out in villages and towns along the route to cheer him on. 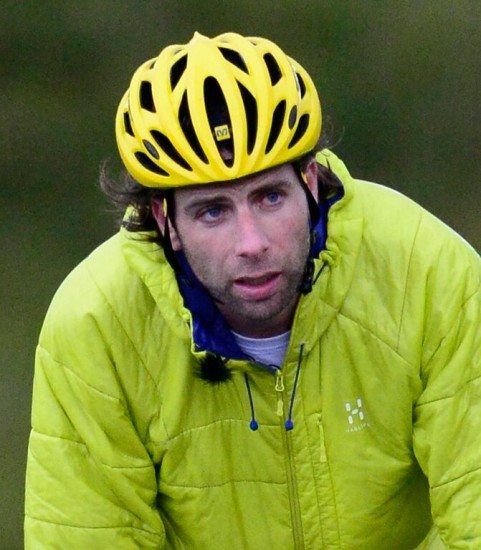 He says: “I was blown away by the level of support from the public. Word had got out on social media that I was doing the ride and it was so uplifting to have riders cycling alongside me at various stages and to be greeted and cheered on my so many people at the side of the roads.”

Mark does confess to some low points. He says: “There were mental slumps mainly because of tiredness. I didn’t sleep at all although at one point I was about to tell my support crew I needed a catnap. I decided not to, though, and kept pushing on.

“The weather in the far northwest was very draining. I was riding in the dark in wind and rain and it did really test me mentally.

“However, I usually like night riding and there was some great moments when I saw fantastic wildlife.”

Thanks to Steve Arkley/www.surf2turf.com  for the photographs.