The 11th Hoka Highland Fling, taking place on April 30, 2016, looks set to be one of the most exciting in its history with many stars of ultra-distance racing competing.

With the 53-mile race hosting the UK & Scotland Ultra Trail Championships 2016, it’s claimed the depth of talent is arguably the best that any UK ultra has seen.

The race, which is played out on more than half of the West Highland Way, has grown since 2016, when just 18 people entered. Today, it is one of the largest ultra-distance events in the UK. In 2016, more than 750 runners – with an additional 200 relay runners – will run from Milngavie, north of Glasgow, through Loch Lomond and The Trossachs National Park to finish in Tyndrum in the southern Highlands.

Race director John Duncan says: “The Hoka Highland Fling has become very popular and we have to operate a ballot system for entries because it is hugely over-subscribed.

“It is the combination of a fantastic route, stunning scenery and the distance, which is long enough to ensure that experience and pace judgement will shine through, but also short enough to unearth some new raw talent, that appeals to so many runners.” 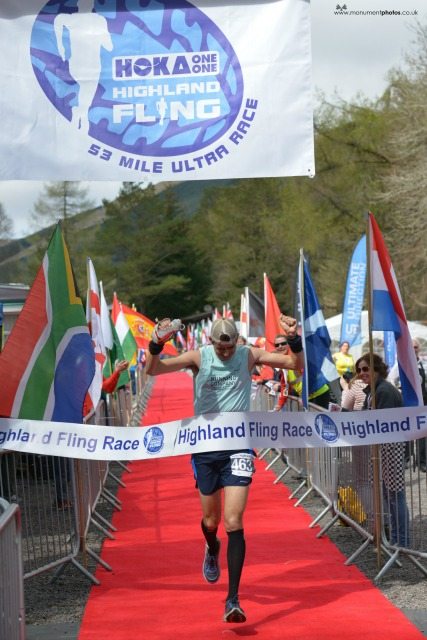 Many people will be watching American Devon Yankee to see what she can do in the women’s race. The baker from California has competed in more than 30 ultras, including running on the USATF 100k National Team, taking third at the prestigious Two Oceans Marathons and fifth at Comrades.

It’s thought by many that Devon could challenge Lucy Colquhoun’s course record for the Fling of 8:10:03, which has stood since 2010. 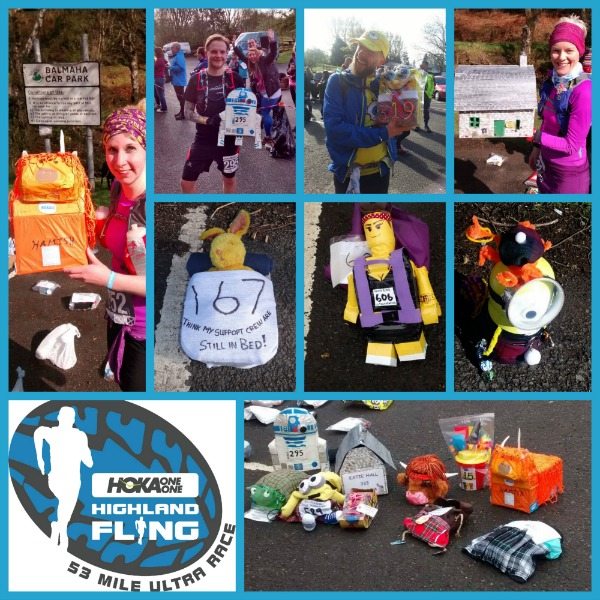 Also fighting for podium places will be GB Trail Team athletes Sally Fawcett and Lizzie Wraith. Sally was second at the Hoka Highland Fling in 2014 with an impressive 8:39. She also won last year’s Lakeland 50.

Lizzie is the Lakeland 100 record holder and has placed high at UTMB, the Lavaredo Trail and the Dragon’s Back Race. Both will be keen to get back on the GB team for the Trail World Championships in Portugal in October.

Other runners to watch out for are GB Trail Runner Bonnie Van Wilgenburg and local athletes Caroline McKay and Nicola Adams-Henry (who finished second and third respectively in less than nine hours last year).

Katie Samuelson and Sophie Mullins will be hoping their legs have recovered from representing their home countries at last month’s Anglo Celtic Plate 100km.

Meanwhile, GB 24-hour runner Debbie Martin-Consani, from Glasgow, who was second in the 2015 Lakeland 50, will be looking to perform well on her home territory. Triathlete turned ultra-runner Mel Varvel might mix things up at the front end, too.

The men’s Highland Fling race this year has opened up since course record holder Lee Kemp recently withdrew with an injury. This could see at least 10 athletes vying to beat the record of 7:02:50 and the UK Champion title.

Local man and GB Team mountain runner Joe Symonds is a favourite. His list of achievements are endless and he has made the podium in most of the hill races he’s competed in. With a marathon PB of 2:20 and a recent win at the D33 in Aberdeen, he’s also got the leg speed to do some damage on the flats, too. 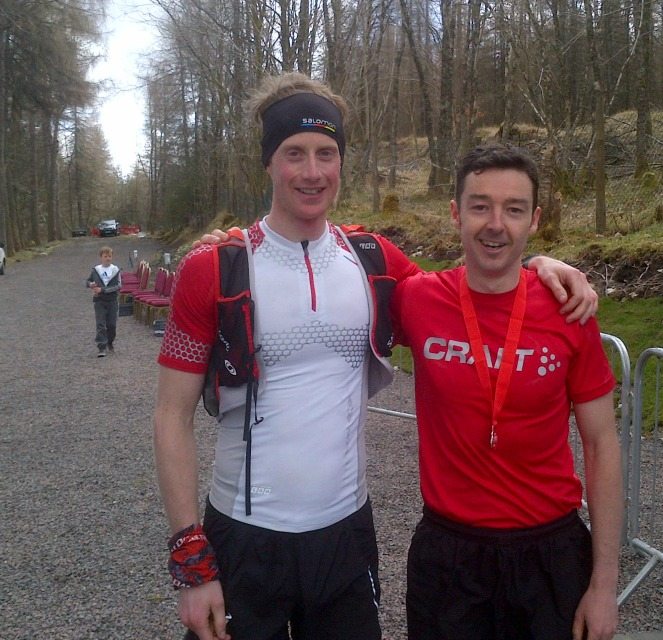 Kim Collison was the UK Ultra Trail Champion in 2014, after winning the Lakeland 50. He ran on the GB team at the Trail World Championships last year and placed top 20 at UTMB and TransGranCanaria.

GB 24-hour runner, Robbie Britton took world bronze and led the men’s team to gold at the 24-hour World Championship in 2015. He was second in the 2014 West Highland Way Race with an incredible time of 14:47.

North Face runner and previous course record holder of the West Highland Way Race, HOKA Highland Fling and Devil o’ the Highlands, Jez Bragg, will also have his eye on a podium place.

Last year’s Lakeland 100 winner Paul Tierney and Lakeland 50 winner Jayson Cavill will both be looking to recreate their Lake District performances. Both performing well at Skyrunning races, they will push the front runners on the hills.

Local lads Donnie Campbell and Casey Morgan will be battling it out for UK and Scottish Trail Championship medals. Donnie was third in last year’s HOKA Highland Fling with 7:17 and has a list of impressive wins. Casey holds the course record for the sister race, the Devil o’ the Highlands. a