The Age Group ETU Sprint Distance Triathlon European Championships 2018 will be held at Strathclyde Park near Glasgow. The champs will be part of the larger Glasgow 2018 European Champs and will see the elite athletes racing on the same course as the age group athletes.

If you are a British amateur triathlete and you would like to be part of the Age Group race in 2018 you will need to qualify at races taking place in Britain this year.

The qualifiers and champs are split into age categories of five years, from 16 to over 80, and to qualify you need to secure one of the top four places in one of the races in your age category. (Age is taken as your age on December 31, 2017.)

Further places up to a total of 20 in each age group are also awarded for the next fastest athletes in all three qualifying triathlons. 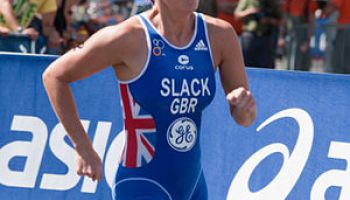 The sprint triathlon races are a 750m open water swim, a 20km bike and a 5km run.

Athletes must also register their intent to qualify for the European Championships with British Triathlon by September 15.

More details on qualifying criteria and registration deadlines can be found on at British Triathlon. 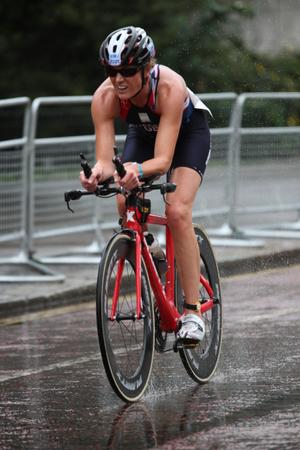 I competed in the World Champs at age group in 2013.

These are events for all types of athletes and across all ages. Because you are only racing against people of a similar age there is a greater chance of achieving qualification.

I have qualified and raced in an age group World Champs. I was about to turn 45 and instead of becoming a bit depressed about my age I decided to try to qualify for the World Champs (which took place in London in 2013). I qualified at  race in Bristol. Racing for Team GB in the World Champs, being cheered on by family and friends, was a highlight in my life.

At Strathclyde last summer I qualified for this year’s European Champs in Dusseldorf. I am not a wholly focused triathlete and I never win events but I did manage to qualify. If I can do it, I think many other people can, too.

There is something awesome about racing in the champs for Team GB and if you race in the Age Group ETU Sprint Champs 2018 in Glasgow you’ll be lignin up alongside many elites. Now that will be exciting…