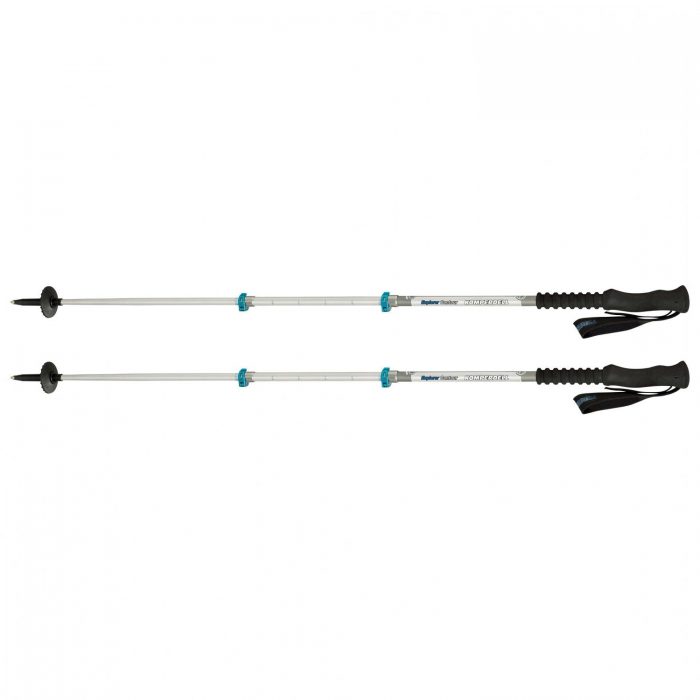 The new Komperdell Explorer Contour Power Lock walking poles have been tested and reviewed by Nick during a running and hiking trip to the island of Madeira.

Trekking poles for mountain running are generally the super light carbon fibre type. The Explorer Countours are made of sterner stuff. Aluminium and solidly constructed, they look like pieces of thin scaffolding with their chunky locking clamps. While they are not made of carbon fibre, the Komperdell Contour poles still feel very light compared to other poles I have used before.

The test trip was a traverse of the high-level ridges of the island of Madeira over four days with bivi gear light enough to run where the terrain allowed.

In my opinion, Madeira in early spring is one of the best places for trail running in Europe. It offers a mix of airy ridges similar to the Cuillin on Scotland’s Isle of Skye and Levada irrigation canals, which contour above the dense tropical forests. It is cheap to reach from the UK and not touristy at that time of year. 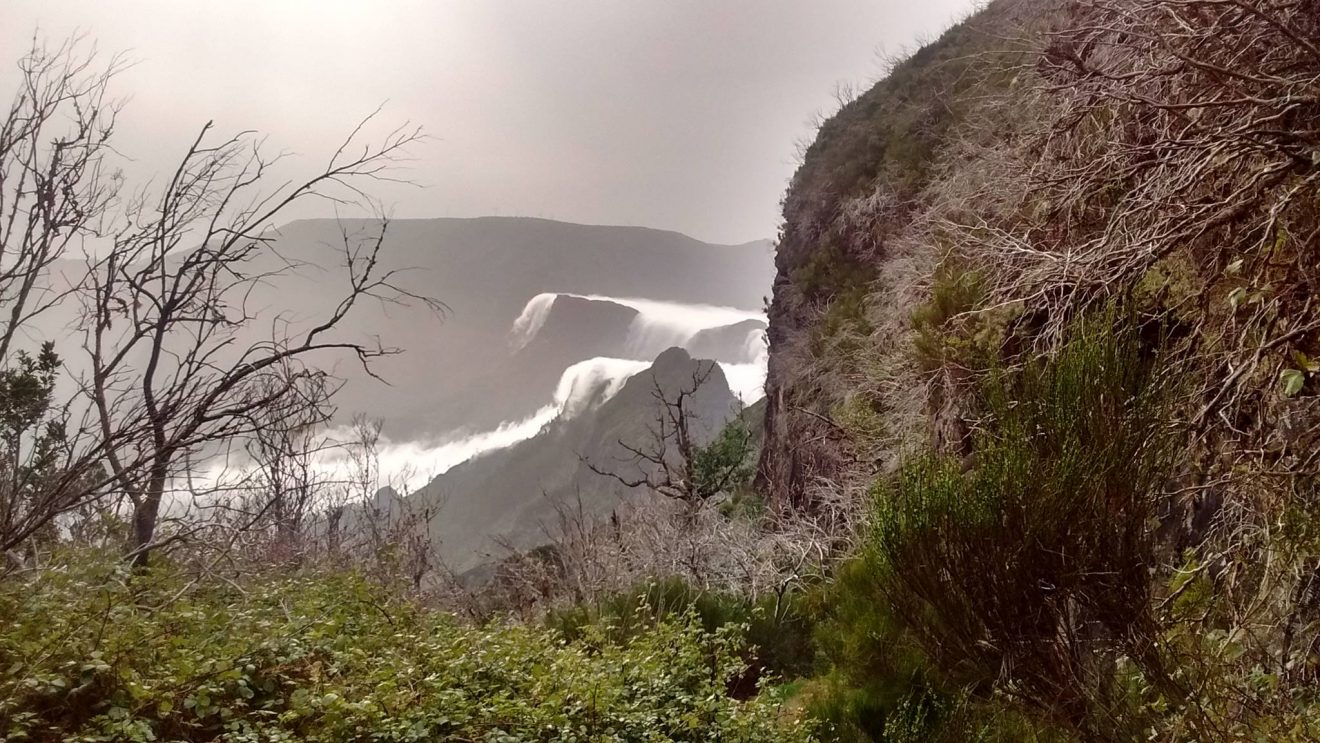 Testing the poles on a hike-run in the mountains of Madeira.

For around 80 miles of rocky volcanoes and narrow cliff edge paths, the Komperdell poles gave security and balance when moving quickly with a heavy load.

They frequently got jammed and twisted between rocks when I missed my footing and threw my weight on to them from all directions, but they didn’t suffer the slightest damage.

In the final stages of the run down an untracked river gorge, the poles became weapons to hack through the thick foliage and anchors between the boulders in the riverbed. Again, they emerged unscathed.

These might not be the poles you would pick up in the shop when thinking about running, but in fact they are very light while also covering all bases from light running to winter mountaineering and even emergency tent poles.

I took a little bit of a dislike to the foam material of the handles, which I thought felt a little cheap and irritated my skin when my hands sweated, but that was a personal preference. These are poles for life and thoroughly recommended.

The poles also pack down into a size that is easy to carry when not in use and when you rebuild them to the right height the power locks make the poles feel strong and secure to use.