Amazing ultra runner Pauline Walker clocked her 100th ultra at this month’s Glen Ogle 33. She was one of 428 runners who competed in the seventh 33-mile Glen Ogle Ultra from Killin, on Loch Tay.

The Glen Ogle 33 Ultra took place on November 4 and is one of the last Scottish ultras of the season.

Pauline from Fife ran her momentous ultra with her twin sister Fiona Rennie, who was competing in her 69th ultra. Pauline finished 79th woman in 6:09:32 alongside Fiona.

Also read my article published in the Daily Record after I spoke to the twins. 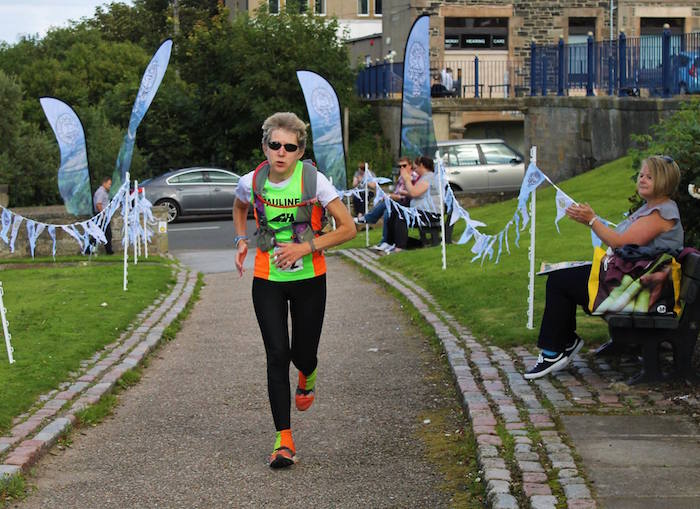 Pauline’s first ultra was her local Two Bridges Race in 1993, which she then ran every year for 13 years until its demise in 2005. She finished first lady in 1996.

The majority of her races have been on the trails of Scotland, including 12 Speyside Way ultras, five Highland Flings, four Great Glen Ultras, five Glenmore 24s and 10 West Highland Way Races. She  finished first lady in the WHW Race in 2002. 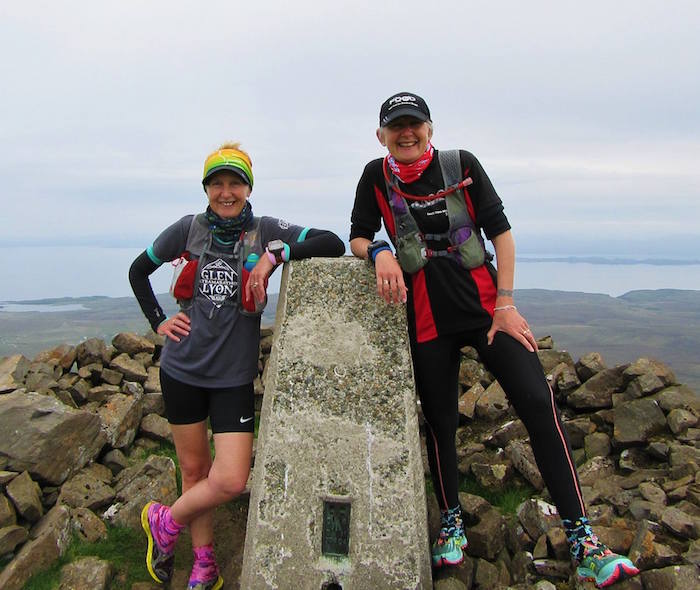 Pauline and Fiona run many ultra races together.

She has also travelled to South Africa to run the Comrades twice and to England including where she ran six Draycote Water 35s and finished first lady and fourth overall at the 48 hour at the British Ultra Fest 2013.

Among other highlights, Pauline was called up in 1999 to run for Scotland for the first time in the Anglo-Celtic Plate, an annual home nations championship of 100km. She was selected for the championship a further five times. 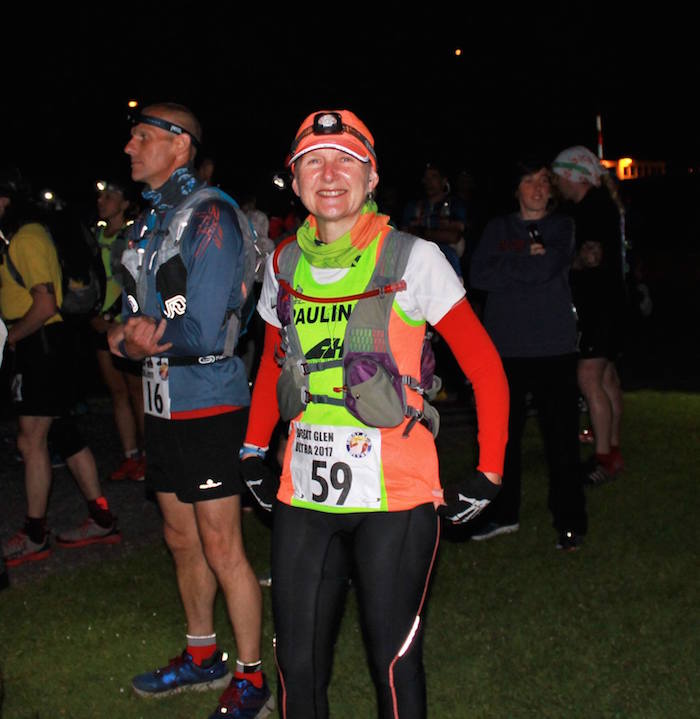 Pauline has excelled at 24-hour racing, making her debut at Hull in 2003 and finishing first lady.

She has since completed 14 races in this discipline, representing Great Britain at World and European Championship level on four occasions in Canada, France, and twice in Italy.

She has also represented Scotland on two occasions at 24 hours in the Commonwealth Ultra Distance Championship coming home with Team Bronze alongside fellow Carnegie Harrier Lynne Kuz and sister Fiona in Cumbria in 2009. 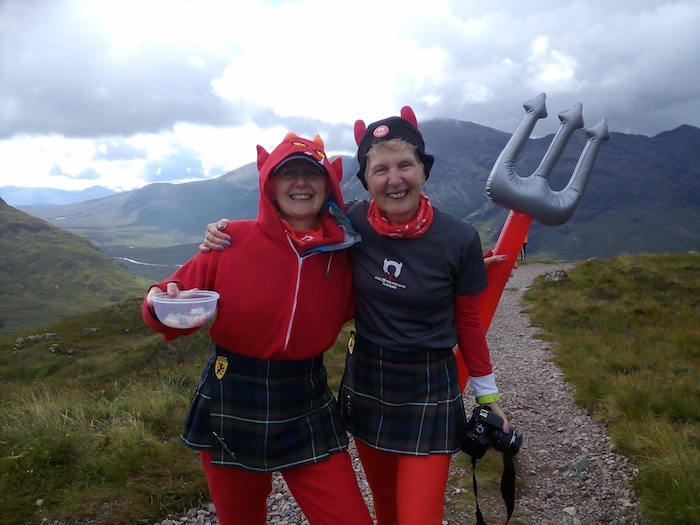 Pauline with twin sister Fiona in the Devil o’ the Highlands Footrace.

She repeated the Team Bronze when the competition was held in North Wales in 2011 with Debbie Martin-Consani and Sharon Law.

Overall Pauline has broken her own Scottish record three times and at the Perth Ultra Festival in 2008, on her way to a 24 hour Personal Best of 209.77 km/130.34 miles, she set new Scottish records for 24 hours, 100 miles and 200km finishing first lady and second overall.

Pauline has covered over 5000 miles while running the 100 ultras and covered over 50,000 miles in training and other races (64 were marathons) and has no intention of hanging up her running shoes yet. 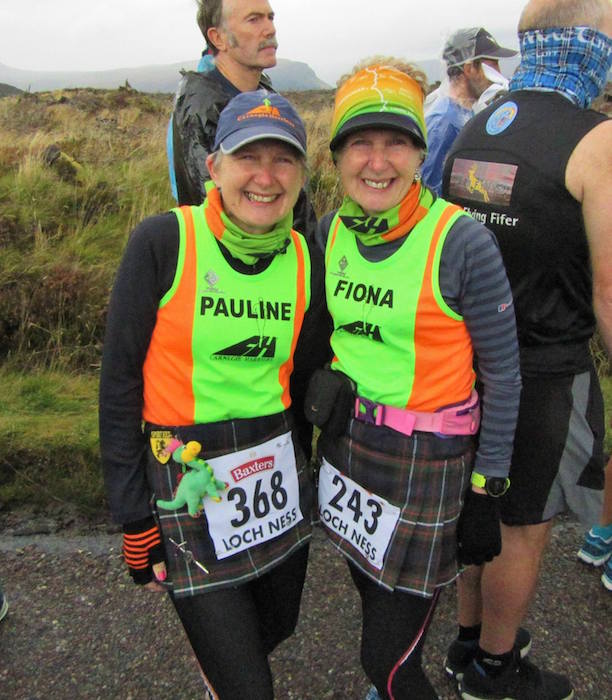 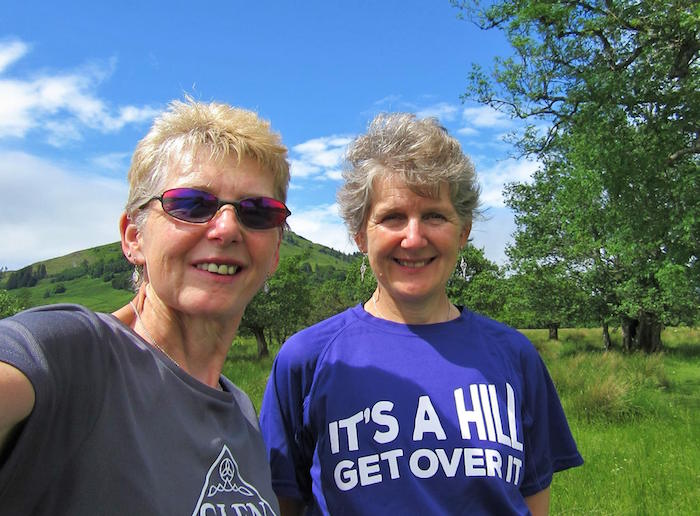