A beginner’s guide to cycling 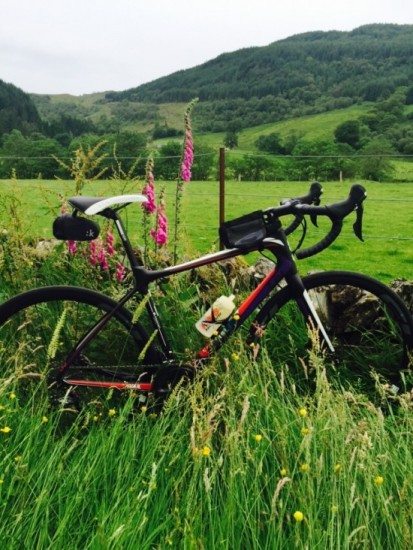 It could be the continuing rise in petrol prices, or the Tour de France effect, or even, and this is in my wildest dreams, some kind of FionaOutdoors cycling momentum, but several of my readers have recently requested information about how to get into cycling.

Two requests come from women. One wants to increase her keep-fit activity by cycling a few miles to and from work, as well as embarking on some flat canal towpath style extended bike rides. The other is a mum who needs a new and faster bike so she can keep up with her five-year-old son who recently received a snazzy Isla bike for his birthday and has taken to two wheels with gusto.

The guys include another city commuter and a bored runner who once had a mountain bike, now owns a clapped out urban bike and wants to buy an entry-level road bike for “outings of about one to two hours on a weekend”.

I know a bit about bikes myself but I’m not up to date on bikes under the £600 mark. So I’ve been in touch with a few of my contacts and I’ll be blogging their responses as they come back to me.

I also thought it would be useful to write an introductory guide to the basic kit required for cycling in comfort (and some amount of style).

One of the would-be cycling guys had no idea what kit he’d need and, indeed, when a friend mentioned baselayers he switched off. “I’ve no real concept of what a baselayer is and whether I really need one,” he grumbled to me. He also has huge feet and short legs, he tells me, so he’s looking for clothing to suit!

What’s in a name?

Road bike: Road bikes, or racer bikes, are built for speed and not necessarily comfort. A road bike has thinner tyres with less traction, which are ideal for riding on smooth, tarmac roads. The bike will have drop handle bars so that the rider can get lower on the bike and achieve higher speeds due to less wind resistance.

Road bikes have a relatively wide range of gears to cope with the ups and downs of road cycling. Some have three chain rings at the front for greater gearing diversity, others have two. You’ll find that top-end bikes tend to have only two front chain rings.

There is a bike frame to suit men, women, children and they come in all prices ranges. Generally the more money you have to spend the lighter the bike and its components will be.

Top of the range is carbon fibre, which is a strong yet light material and the choice of the professionals. For a smaller budget there are steel and aluminium bikes.

The components, including gears, brakes, wheels, hubs, cassettes, headsets and more all come within a wide price bracket. Shimano, SRAM and Compagnolo are admired names and each has a price range from basic to utterly gorgeous.

For a more comfortable ride over many miles, one of the most popular buys is a sportive-style road bike. A sportive is a non-competitive mass participation cycling event. A sportive road bike is easier on the back, better on the butt and generally a nicer ride for long days in the saddle.

The choice of bikes is mesmerising and, if you were like me and you’re looking for something special, it could take years to save up and then make a decision. 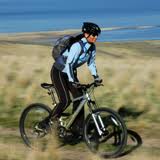 Mountain bikes: With front suspension, back suspension, or both, and wide, chunky tyres, a mountain bike is built to cope with rough, off-road trails. The bike position is more comfortable and upright than a road bike. And the wider handlebars allow for increased bike control.

Again the price range is huge and you’ll find bikes for men, women and children. More money will buy a lighter bike frame and better quality suspension and components.

Some mountain bikes come with gears that are changed via the grip on the handlebars. These are called grip-shift gears and require the rider to grip the handlebars and turn to change the gears. Some people love this style others prefer the more common thumb and finger-click gears.

And don’t be taken in by masses and masses of gears. More is not always a good thing and you may end up using only a few gears if you buy a mountain bike for commuting to work.

If you already own a mountain bike and want to use it on the roads then consider “slick” tyres. These are smoother tyres that fit your existing wheels.

Hybrid bikes: A hybrid bikes blends the best characteristics of a road and mountain bikes into one bicycle. Some argue that they are too much of a compromise bike but most hybrids do offer a great ride for cycling commuters and people who want to ride paths such as towpaths and other traffic-free off-road routes.

A hybrid has wider, more grippy and forgiving tyres than a road bike but slimmer tyres than a mountain bike. The frame offers a more upright ride and will be generally more comfortable than the bent-over position of a road bike.

Hybrids perform best on tarmac or well-laid bike paths. Many hybrid bikes come with facilities for affixing panniers so that you can also use the bikes for multi-day cycle tours.

As with mountain bikes, some hybrids come with grip-shift gears. Decide if they are for you by practicing at the shop. And check that you can reach the brake handles with your hands. Women with smaller hands may struggle with some brands of bikes. And, again, you will not need masses of gears if you only plan to tackle a few easier hills to and from the office.

Prices  for hybrids vary widely but as with the other bikes the more you pay the less the bike is likely to weigh and the better the quality of the components. 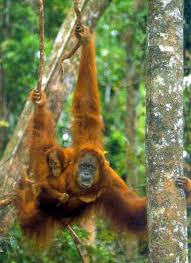 Never buy a bike without trying it first. Every bike, regardless of the sizing, will have a slightly different fit. Some bikes will suit women with shorter legs or men with longer arms. Others will suit long-legged girls and short-bodied men. It is vital that you take your hoped-for bike for a spin around the block before purchasing.

While some women are suited to women-specific bikes others won’t be. I find a man’s frame is better for my longer legs and arms. However, women’s bikes do have the advantage of a lower top tube (the top bar that runs from the seat to the handlebar post), which can be handy if you’re less agile or plan to do some cycling in a skirt. There has been a revolution recently in shopper-style bikes and proper sit-up-and-beg bicycles, such as the Pashley “Princess Sovereign”. These look fab and can be practical but check the weight of them. Some more old-fashioned styles can be very heavy and this will be a nightmare if you need to negotiate hills.

Edinburgh Bicycle Cooperative informed me that you’re looking for a bike that weighs no more than 15kg, if at all possible. Mine weighs less than half of this and I love it more than words can express!

In conclusion, spend as much as you can on the lightest weight bike that you can find. Splash out a bit on better quality components. Keep the bike clean and serviced. Love it lots and always speak nicely to it and it should serve you well for many years to come. Oh, and it’s a good idea to learn how to repair a puncture and replace an inner tube. The pot-holes on the roads mean that a puncture every month or so is almost inevitable and you won’t want to pay a bike shop to fix your bike every time, now will you Debbie?!

* Next blog in the Beginner’s Guide to Cycling Series: : Essential bike kit, and some that is not quite so essential but looks good!