I set myself a few challenges this year. One was to complete an Olympic Distance Triathlon. Another was to walk a Munro solo. The first ended up being tougher than I’d thought, while the second was easier than I’d feared. 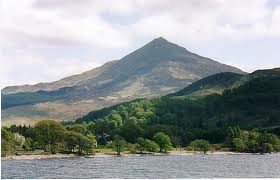 I chose the Munro Schiehallion, near Aberfeldy, Perthshire. It’s a Munro I’ve heard many people talking about and one that I’d seen from a distance numerous times. I’ve even cycled close by but never made it to the top on foot.

I had also read that this is one of the easier Munros to ascend because it has a well-trodden path for much of the route, although the G-Force did seem rather concerned about my safety on reaching the higher section of the Munro. “Lots of boulders and rocks and stuff and no distinctive path,” he muttered. “If the clouds are down you might get lost.”

So the night before I set off to walk my first solo Munro I was made to prove to the G-Force that I would know how to get off the summit of this mountain by using a map and compass. I showed him that I could indeed plot a point from A to B, I could orientate my compass and I would know how to follow the compass point if required.

To be honest, the G-Force’s exercise made me feel more nervous than I’d felt before about this challenge, but in retrospect that wasn’t a bad thing. No one should undertake a solo walk in the mountains without knowing how to use a map and compass. I have joined a couple of navigation courses over the years, and one recent women-only course with Glentrek. 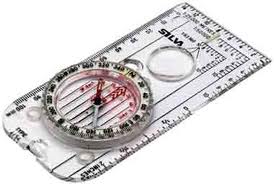 Know how to use a compass

The night before the walk, the weather forecast looked okay. Not brilliant but there was a good chance of a cloud-free summit.

And so I set off alone to drive to Aberfeldy and then to the car park at the base of Schiehallion. It is rare that I go anywhere further than the shops in my car on my own so from the start of the adventure it felt fresh and exciting. I had to navigate myself to the walk start, and I did this without any problems. So many times I have looked at maps with the G-Foce to establish where to start a walk and where to park the car. I “read” from the map how the land looked and successfully found the right parking spot.

There was little doubting where the route began but I checked on my map just to make sure. The path up Schiehallion is fairly steady and easily recognisable. I was actually a little disappointed to find so many people out walking that day but the simple act of walking alone and with my own thoughts was exhilarating. I could choose to stop to take a breather or look at the views whenever I chose. I could talk – or not talk – to whoever I wanted.

I checked the map several times, not so much because I couldn’t find the way, but so as to work out what I was seeing far below and out across the gorgeous Perthshire landscape.

The G-Force had been correct when he told me that the path fades away during the last third of the walk and turns to a boulder field. There were still some signs of several routes but mostly hikers had made their own route to the summit. Fortunately the sky was quite clear so navigation was easy. I looked at the map and ascertained that there were a couple of false summits before the summit  proper and so I could easily make out my direction. If there has been cloud cover I would have needed to be more accurate in my navigation technique.

Walking solo and figuring out the exact summit was actually enough excitement for my first solo Munro but at some point I would like to be tested just a little more in terms of navigation.

The hike at the top of the Munro was quite slow because of the need to clamber over big rocks and boulders, and because the wind threatened to blow me off my feet. But I made good progress and stood on the summit at 1083m all alone. I didn’t hang around long, just enough time to take in the full panorama and give myself a metaphorical pat on the back.

Remembering the G-Force’s wise words that the descent can be trickier than the ascent I had carefully noted the direction that I’d ascended, and would follow back down again. It’s all too easy to arrive at a summit and then sit for a while only to have forgotten the route of ascent and where to descend.

I think my decent route was actually more accurate than the ascent but both felt on target. Returning to the proper path I was elated at having navigated myself safely across the boulder field and a little disappointed that the Munro had not been more difficult. Indeed, I passed another two solo female walkers (read about the increase in women outdoors here) and many men, as well as families, during my own outing.

For a first solo Munro, Schiehallion on a clear-ish day proved to be a winner. I loved the feeling of being alone and enjoying my own adventure, with just the right dose of scaredy-cat-ness. Where do you suggest I walk next?