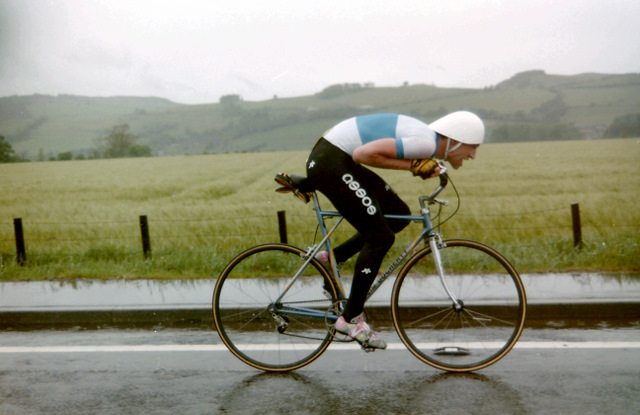 Obree in the colours of Glasgow Wheelers Cycling Club, on the way to winning the 1991 Scottish 25 Miles Time Trial Championship in a then Scottish competition record time of 49 minutes and 48 seconds. Pic credit: Thomas Nugent.

The Scottish Cycling, Running and Outdoor Pursuits Show takes place later this month at the SECC Glasgow and the line up of guest speakers and stars is shaping up nicely. Alan Anderson, a well-known event organiser, compere and a member of Glasgow Tri Club (my club!), will be doing the interviewing over the weekend of the show, from March 11 to 13. It is highly likely to be a popular and lively area of the show. 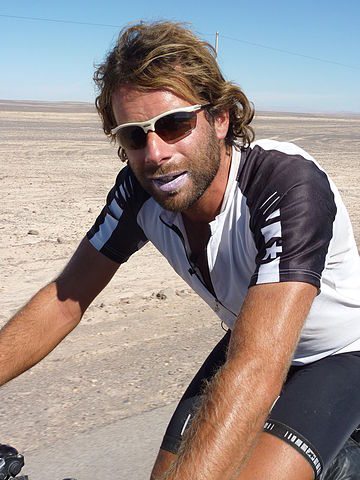 Scottish adventurer and filmmaker Mark Beaumont will be in the guest theatre on the Saturday. Mark became famous after his record-breaking round-the-world cycle in 2008. Since then he has taken on many exciting, ambitious and daring challenges.

SCROPS offers the opportunity to hear from champion Scottish racing cyclist Graeme Obree during live interviews. Graeme – nicknamed The Flying Scotsman – has twice broken the world hour record, in 1993 and 1994. He was also crowned the individual pursuit world champion in 1993 and 1995.

The 50-year-old cyclist is well known for his unusual riding positions and for his Old Faithful bicycle, which famously included parts from a washing machine. Graeme’s cycling career, complex character and also his mental health difficulties were dramatised in the 2006 film, The Flying Scotsman. He continues to race occasionally and is often seen at Scottish cycling events and sportives. 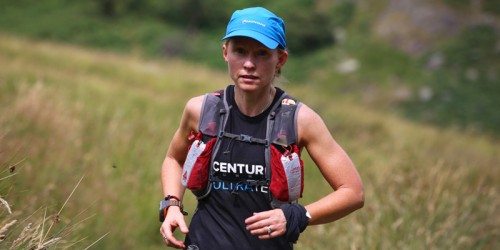 Champion ultra running couple Debbie Martin-Consani and Marco Consani, of Glasgow, will also be guests of the show on the Saturday. The pair, who are married with one son, have broken many records and won races at distances many of us find incomprehensible. Find out what inspires them and how why they are happy to keep on running hundreds of miles in races and many thousands of miles each year.

Read more about Marco Consani in this Q&A.

If you are interested in athletics and want to hear how to achieve success at a high level, come along to the SCROPS theatre to hear from middle distance running champion Eilish McColgan. The 25-year-old from Dundee specialises in the 3000m steeplechase.

Eilish debuted as a senior Great Britain Team athlete at the 2011 European Team Championships in Sweden. She competed for Great Britain in the 2012 Summer Olympics in the women’s 3000m steeplechase.

She is coached by her mother, Liz McColgan, a former 10,000m World Champion and Olympic silver medallist.

Scottish mountain biker Lee Craigie won the 2013 British Championships in Glasgow and then came out of retirement to compete in the 2014 Commonwealth Games. She is an experienced mountain biking guide and continues to find epic rides to challenge herself. Find out more about her drive and love for mountain biking over the weekend of SCROPS.

Another top mountain biker, Sam Flockhart, will be chatting with Alan in the SCROPS theatre, too. He has also raced in cyclocross, on the track at the Velodrome and is experienced in dirt jumping and XC. He is the founder and coach at Xtreme MTB.

Other guests include physio Colin Thomas and cyclist David Laing.