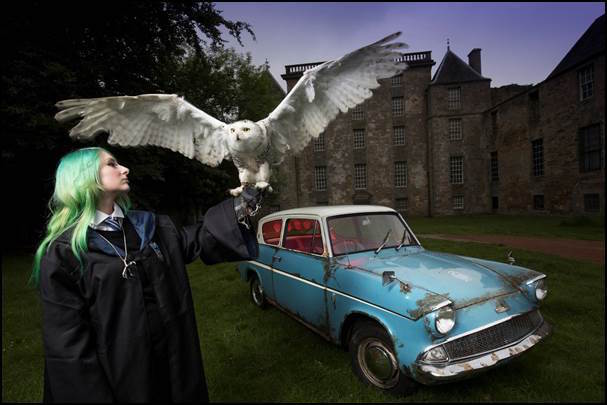 This summer marks the 20th anniversary of the creation of Harry Potter. Written in Scotland by acclaimed author J K Rowling, the first novel, Harry Potter and the Philosopher’s Stone, was published on June 26, 1997.

Rowling went on to write six more novels about the boy wizard in her world- acclaimed series. The Harry Potter books and subsequent films include many references to fabulous Scottish locations.

In celebration of the anniversary, I wrote about some of the best Harry Potter themed places to visit in Scotland’s great outdoors. See the Sunday Mail pdf or read below.

The stunning Scottish Highlands valley of Glencoe forms the backdrop to the movies The Prisoner of Azkaban and The Goblet of Fire.

Take a drive along the A82 that winds through the base of the glen and look up at the many mountains that crowd the skyline.

A more immersive experience is to walk in the Glencoe area.

There are plenty of trails and mountain routes to choose from. See Glencoe walks.

The vast moor found in the Highlands is the mysterious place where Death Eaters board the train in the movie Harry Potter and The Deathly Hallows: Part 1.

You could walk or mountain bike a section of the long-distance waymarked trail, West Highland Way, across the moor and imagine yourself as part of a Harry Potter movie set.

A 10-mile stretch from Inveronan to Kingshouse crosses the wilds of Rannoch Moor.

Loch Shiel, in the so-called Outdoor Capital of the UK, and west of Fort William, is the movie double for the Black Lake.

The beautiful freshwater loch is 18 miles long and up to 120 metres deep. 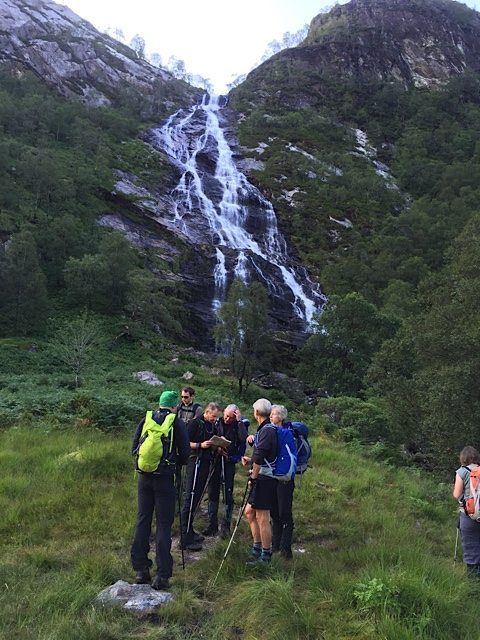 A magnificent waterfall, Steall Falls, features in The Goblet of Fire, when Harry faces down a Hungarian Horntail dragon in the Triwizard Tournament.

A short walk from a car park at the end of Glen Nevis road near Fort William heads through scenic Nevis Gorge to Steall Falls.

It is Scotland’s second highest waterfall with a single drop of 120 metres.

For those with mountain hiking experience, the gorge walk leads to a superb Ring of Steall walk over four Munros.

Journey on the Hogwarts Express

Take a trip on the real-life Hogwarts Express, also the Jacobite Steam Train. The Hogwarts Express was seen crossing the Glenfinnan Viaduct on the West Highland Line in Harry Potter and the Chamber of Secrets.

Acclaimed as one of the greatest railway journey in the world, the 84-mile round trip journeys past a list of impressive extremes.

The trip starts near the tallest mountain in Britain, Ben Nevis, and then visits Britain’s most westerly mainland railway station, Arisaig.

It passes close to the deepest freshwater loch in Britain, Loch Morar, and the shortest river in Britain, River Morar.

The train often pauses on the viaduct, to allow passengers to take in the superb view.

The furthest stopping place is Mallaig before the train returns to Fort William.

Five-year-old Fetlar, a snowy owl similar to Harry’s beloved pet Hedwig, can be visited at the Scottish Owl Centre.

Among its many feathered residents, the centre is also home to Oulu, a 15-year-old Great Grey and real-life sister of Errol, Ron Weasley’s hapless bird who also features in The Chamber of Secrets.

Scotland’s capital city is famous as the place where JK Rowling wrote the first and the last books in the Potter series.

The Elephant House is the coffee house where she penned much of Harry Potter and the Philosopher’s Stone.

The city’s Balmoral Hotel is where the author wrote the final book of the series, The Deathly Hallows.

Perfect for a rainy day activity, families will enjoy seeing the Ford Anglia 105Es used in the 2002 movie, Harry Potter and the Chamber of Secrets, at Bo’ness Motor Museum.

It sits alongside other car gems such as James Bond’s Lotus Esprit from The Spy Who Loved Me and Del Boy’s Reliant Robin from Only Fools and Horses.