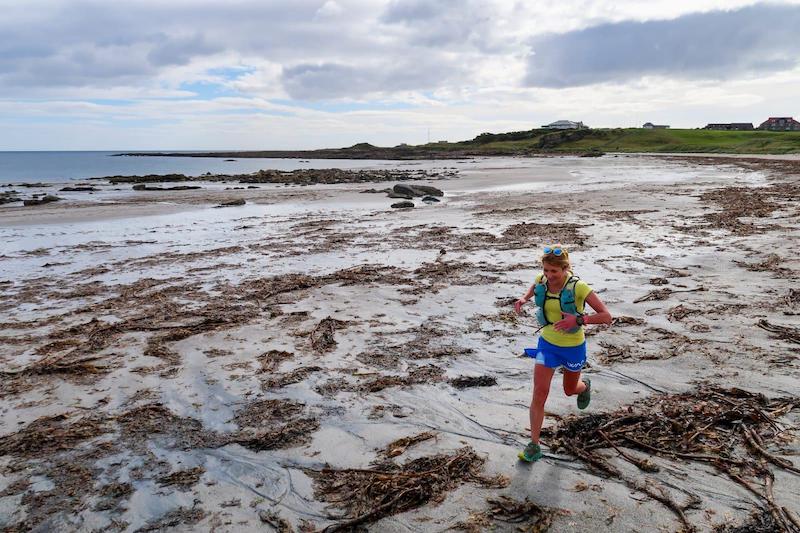 Edinburgh-based runner Nicola Duncan completed the Fife Coastal Path non-stop – and set a new Fastest Known Time (FKT) – in a bid to help a friend to buy a new bike.

Nicola, 38, ran the 117 miles from Kincardine to Newburgh at the weekend in 23 hours and 17 minutes – and raised more than £11,000. She still needs some £5000 more to be able to purchase a special bike for Kathleen “Kat” Henderson, who was paralysed in an accident last year.

Kat, of Innerleithen, fell from her mountain bike in Morzine, France, in July 2019 after hitting a stone. She broke her back and neck and is now paralysed from the waist down. The Bowhead all-terrain bike will allow Kat, 41, to head out on the trails with her friends.

Nicola said: “Kat is a close friend and after the accident she lost the ability to go out on her bike and have adventures. She also lost her job as a trauma nurse.

“I wanted to do something to help her but the bikes are more than £15,000 and so I decided to do some fund-raising.”

Nicola’s original plan was the Madeira Island Ultra Trail 115 in April but Covid meant that it was cancelled.

She said: “I was trying to think of what to do instead and I remembered I had enjoyed running sections of the Fife Coastal Path. In addition, other people were doing FKTs post lockdown because of a lack of races.

“I wasn’t aware of a record time for the Fife Coastal Path and it all added up to what seemed like a good idea for the fundraiser.”

Nicola, who is originally from Galway, Eire, set off at 11.12pm on Friday and finished at 10.29pm on Saturday. She was supported by friends along the trail.

She said: “Overall I really enjoyed the run. It was hard because I had not run further than the Highland Fling Race, which is 53 miles, but having people along to support and run with me made it a lot of fun.

“The weather was also good, with sunshine and a light breeze. I really like the route and apart from the fatigue it was a great run through the night and day.”

Nicola suffered a few lows. She said: “I was doing fine and then I met Kat at St Andrews. We had a big hug and it was so great to see her. But I did wish I could stop and spend more time with her.

“I wished that St Andrews was the end of the run. Some seven miles later, I hit an emotional low. One of my friends had a few stern words with me and told me just to keep going. I needed that.

“There were a few other low moments when I was feeling tired towards the end but really I actually enjoyed the run.”

With the total money raised at £11,250, including some £4000 in the last few days, Nicola is keen for a final push towards the total.

She said: “Kat just wants to be out on adventures again. She loves the outdoors. It would mean so much to her and to me if we can buy one of the amazing bikes.”