Wainwrights round record-breaker Sabrina Verjee admits: ‘I was obsessed’ 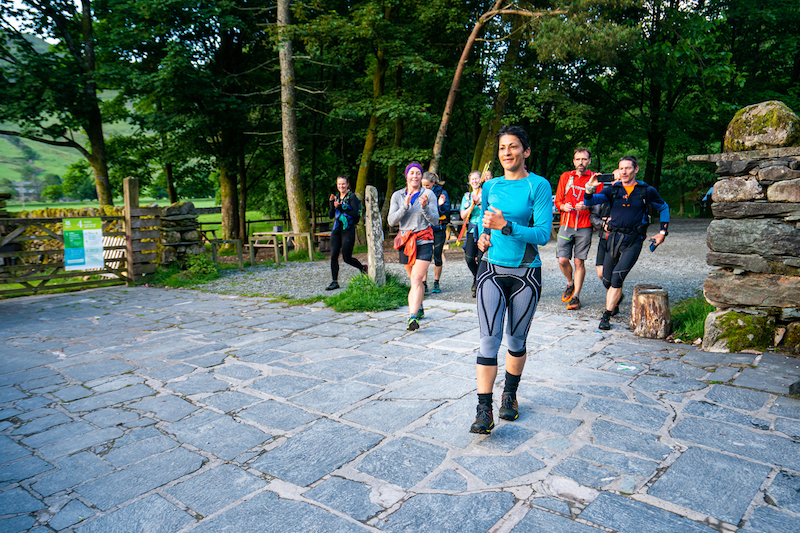 Ultra runner Sabrina’ Verjee made history this week when she completed the fastest continuous round of the 214 Wainwrights in the Lake District. She took just five days, 23 hours and 49 minutes and beat the previous record, set by Paul Tierney in 2019, by more than six hours.

Speaking to Sabrina, 40, after her impressive achievement, she confessed: “I had become obsessed by the Wainwrights. I felt like it just had to happen and after my three other attempts I’m very relieved and happy to have done it this time.”

Sabrina’s first attempt was halted when lockdown intervened. Later, in July 2020 she completed a Wainwrights round, becoming the first female to do so. However, a knee injury slowed her and she was forced her to accept physical assistance during some technical descents.

She says: “The assistance ended up plaguing me because a few people decided focus on this. It really wasn’t a great deal of support and it certainly didn’t make me go any faster, but some critics decided to attack me and they were rather vocal about this.

“I was clear that I wasn’t claiming any records with that round, although I was pleased to have completed. I knew I needed to return and prove to myself – and to others – I could do it.”

The next attempt last month was hit by poor weather, which caused Sabrina’s asthma to flare. Only a few weeks later, feeling rested and recovered she set out again.

She says: “I didn’t tell many people I was going to try again. I wanted to see how my body felt and I wanted to be fairly confident I would finish. There was a tracker that could be seen by the public but the only people I talked to about the latest round was my wonderful support team.

“I was very fortunate that so many friends were happy to turn out again to run with me. This attempt was less organised than the last one and there were times when I realised we could have taken an easier route, but I was very grateful to everyone who gave up time and supported me.

“All I really needed to do was to run and to keep running. The support people work much harder than me because they are sorting meet ups, food and water.

“I knew I could keep going because I am good at endurance. I just had to hope my body remained okay and the weather didn’t turn.”

Sabrina said she felt fine physically and while there were some times when the weather was “less than ideal with some sections of wet and wind”, the round went very well.

She said: “I know the route pretty well now and I knew what I needed to do.”

Sabrina slept for only eight hours in total over almost six days. The fatigue affected her physically and mentally. She said she was very grateful to a couple, Cat and Duggie, who turned up in the later stages of the challenge to support her.

She said: “This couple were a highlight. They had heard about my attempt and seemed very keen to come along and support me. It was at Dow Crag on my way to the Old Man of Coniston. It was at night-time, which is always harder than daylight.

“Cat asked if I liked music and she decided to motivate me by playing a song she had chosen as we pushed on. It was a good song, although I can’t recall what it was. Then I asked for Eye of the Tiger. I have no idea why but we then sang our way through that and my body moved to the beat so I think it helped me to go a bit faster. It really was amazing.

“It was the last night of the round and it was perfect timing to have an extra bit of motivation. I am very grateful to the couple for their support.”

Sabrina also has high praise for her support team, including her husband Ben Turner. She said: “Once again, I had a big support group and they have all been absolutely amazing. I could not have done this without them – it was a fantastic team effort.

“More than anything, it has been brilliant to spend even more time out on the glorious Lakeland fells in the company of good friends.”

Sabrina reveals she is tired but her body feels fine after the round. She said: “I think I am used to these sorts of endurance challenges now and I don’t feel too bad despite being out for so many days on the fells. I am very glad it is done.”